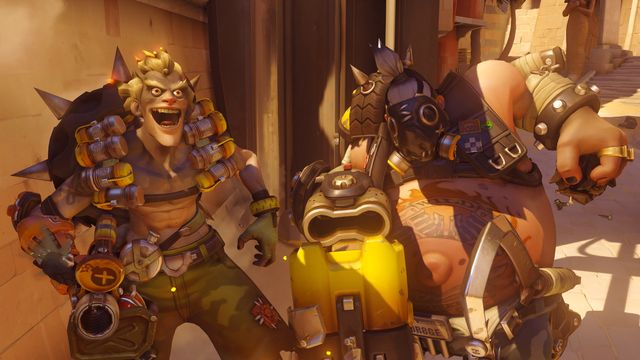 If you’re the type of Overwatch player who tends to go solo, you know the pain of being matchmade with a crummy team who avoids the payload as if it were hauling radioactive waste. You also know the pure joy of matchmaking with a like-minded group of players who just, like, complete you. Thanks to an upcoming update to Overwatch’s postgame screen, those fleeting moments of team harmony can last you longer.

Overwatch game director Jeff Kaplan teased a “small social feature” coming to the competitive game that will help players stick with teammates that they’re not currently friends with, but have good chemistry with.

“At the end of the match ... we've added a small button on the screen that just says ‘stay with group’ or ‘I wanna party up now,’” Kaplan said in a developer update video. “Basically what we've added this for is those times where you've been really successful with the team but you guys aren't friends; you're not on each other's friends lists but you're like, ‘Wow, we had a lot of great chemistry. It sure would be awesome if we could kind of keep this group together.’

Kaplan said he wasn’t sure when the new “stay with group” feature is coming to Overwatch or its public testing region, but told players to keep an eye out for it. The change is one of many coming to Overwatch in the next few weeks and months, including major changes for the character Symmetra and a new map, Oasis.