​
If you are getting tired of Minecraft, then this game is definitely worth checking out. Oort Online is a new procedural generated, Voxel-based open world game being created by Guildford studio Wonderstruck Games, who are former Lionhead, EA, and Hello Games talent. One of the biggest differences of this game that sets it apart from all of the other procedural generated games is that you are not limited to just one world with a limited amount of resources.

Each world has it's own graphical themes and resources in which you can explore and loot to help build up your own world. Since no two worlds are the same, you will easily be able to explore the areas without problems. There are tons of different activities you can do, whether it's mining deep underground, discovering mysterious abandoned ruins, or exploring across the terrain for the rarest crafting materials and create some awesome items that will help you and your friends along the way on you journey. Rare items aren't the only thing you will find on your adventure. You will also encounter strange creatures which can be captured, bred, or killed for food. But these lovable animals are nothing to worry about, it's The Protectors you need to look out for.​ 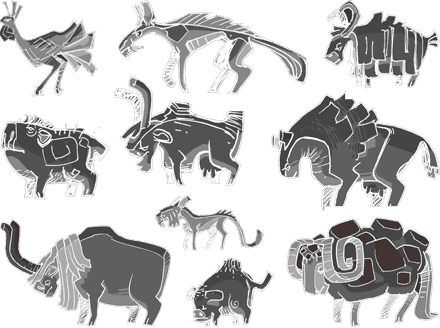 The Protectors come in 5 classes: Brutes (1), Hurlers (2), Rawks (3), Oogres (4) and Titans [Picture below]. You will encounter these enemies frequently along the way, so be weary of where you are. You can attempt to take them down by yourself, or with friends. The Brutes use a large club and tend to charge at opponents, while Hurlers throw deadly balls of fire, ice, and rock from a distance to defeat intruders. Rawks are always in the sky, ready to swoop fast towards the ground in packs to attack their prey. Oogres can destroy players or landscapes with their gigantic fists or even hurtle blocks of land at an enemy, leveling the place. The worst of The Protectors are the Titans, which are incredibly aggressive and territorial beings who have sworn to protect the Oort Temples that contain the rarest items and resources. But taking these enemies down isn't an easy task. To take down a Titan you need a strategy, time, planning and serious guts. If you don't have any those, you can always gather your friends to help search for the Oort Temples, with the only downside that you will then have to share the lucre (loot).​ 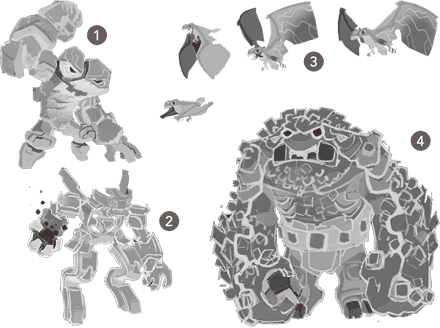 Using tools such as craft bows, spears, crossbows, swords, clubs, staffs, hammers, axes, and shovels, you will be able to build anything you desire, whether it be a village, or something crazy to add in the middle of it all. Probably the best feature of the building interface are the blueprint blocks. Blueprint blocks are representative blocks that you create but let your friends fill in. Other cool features are portals, warps, and beacons. Portals are used to venture to other worlds, whether they be a friends, or a random world ready for exploration. Warps are short distance portals that send you to a specified location somewhere in your world, like a resourceful mine or a local friend's house. You can even use them as people cannons! But once you are settled in and have a nice town created, you're going to need a way of keeping unwanted people out. Beacons are perfect for doing so. They allow you to decide what can be altered by friends as well as allow certain people inside of your house.

How you act in game will effect your reputation in the game. If you are a generous person, it will attract more people to you but if you are cruel to everyone, people will be hesitant to come by. This will also help you qualify for different guilds. Guilds give you access to different types of land as well as rare items and benefits so joining one will only benefit you throughout the game. Some might find your guild intimidating and try to take you down a peg allowing them to become closer to being the best guild on the leaderboards. Being high on the leaderboards also pays well. Gold is the main form of currency in the game. You can earn gold by doing a multitude of different things such as building a shortcut through the mountain and charging people to use it, charge people to visit an awe inspiring structure you created, or even charging someone to use a portal that transports to where the player needs to be.

This game is still in the funding stages and is set to be released late of next year. You can donate to help fund the game allowing you to get access to the beta, alpha, or instant access, depending on how much you donate. If you feel the urge to throw your money at it, the link is in the source.

I will be attempting to create a Star Wars Universe. Who's with me??