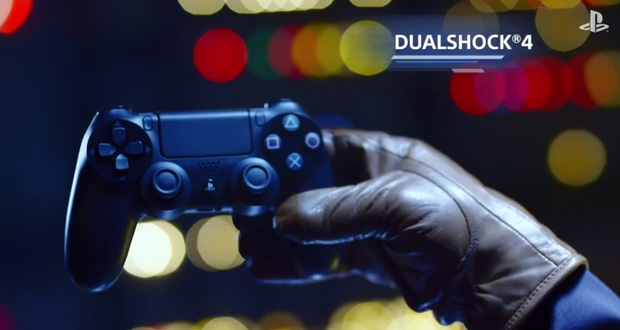 ​
Today, Sony released their official PlayStation 4 unboxing video, revealing the contents of its upcoming next-generation console. Ironically, the video looked remarkably similar to Daft Punk's recent trailer: Random Access Memories Unboxed, which was published on Sony's music label. It has to be said, it's great that Sony having a little fun with the unboxing, as the standard unboxing videos can be a little mundane to say the least.​
​
The video starts by showcasing a futuristic room, Tron-like music and computer generated symbols from the PlayStation controller. After the somewhat 'weird' introduction, a strange man wearing brown gloves begins to unbox the PlayStation 4. What's inside the box you ask? Well you receive a network voucher, quick start guide, DualShock 4 controller, HDMI cable, AC power cord (without the 'clunky' power brick,) a mono headset, USB cable for charging your controller and of course the 500GB PlayStation 4.​
​
​
​
Towards the end of the video, we discover that the mysterious man revealing the PlayStation 4 is none other than Sony's Shuhei Yoshida, president of Sony Worldwide Studios, who tells us "Greatness awaits." The PlayStation 4 is set for release this Friday in the USA, with the UK having the slightly later release date of November 29th.​
​
In other news, Sony has drastically increase the numbers of friend’s that gamers are allowed to 2000 on the PlayStation 4. The current generation of console, PlayStation 3, limits gamers to a friend’s list of only 100 friends. This dramatic increase was announced on the PSN Community Forum: "So those of you that had previously hit the 100 friend limit on the PSN, I have some great news! You can now add up to the new limit of 2000 so time to get adding your next gen buddies!"

What are your thoughts on the video? Did you enjoy the uniqueness, or did you find the scenario a little strange? Also, do you think you'll fill the 2000 friends list limit? Let us know in the comments below.