Summary:​
Meet NVIDIA® SHIELD™—the ultimate gaming and entertainment portable. Unleash your favorite Android™ and PC games, movies, music, and more. All powered by the world's fastest mobile processor, NVIDIA Tegra® 4, and ready to go whenever you are.​
-From: Nvidia​
​
First Impressions:​
Upon receiving my package, I tore through it to get to the Shield. I found the un-boxing very fun, and probably had one of the best packages I have ever opened. Holding it in hand is a lot different then seeing others hold it. It has a good weight to it, feels very sturdy and seems like it can last a while. Within an hour of turning it on, I had already rooted it and had all my favorite apps installed, including one I had made myself.​
​
Quality:​
It really is the "Ultimate" portable gaming console; it can easily out perform the PSP, PSVita and 3DS in both GPU and CPU speeds. The buttons and thumbs stick are nice and crisp, just like a brand new PS3 or 360 controllers. The screen, a 5 inch with a 720p display, is very clear and looks like a big brand tablet screen. The touch is also very stable, no delay what so ever. I am used to having the thumb sticks levitated above the bottom of the palm, however, the Shield actually has the sticks inside a inward bump to make room for the screen which isn't a big problem.​
​
Gaming:​
You can play both Android based games and streamed PC based games. The Android based games are HD versions, most with added joypad functions, and some are really fun. The Shield comes with two free Android games, Sonic 4 and Expendables Rearmed, which both have amazing graphics and Sonic brings back tons of memories. Other games have been upgraded to take advantage of the new Tegra 4 processor. For example: Dead Trigger, GTA VC, Dead Zone and many more are all available on the Shield store, and have upgraded graphics which make the game look really good. Now the PC streaming is currently in beta and I have had a chance to test Left 4 Dead 2 and Skyrim. Left 4 Dead 2 was hard to play as I've never used a controller on this game before, but with a few minutes I was in action. Skyrim was also a good game as it was smooth and had perfect graphics. I spent almost two hours playing it on the Shield, running at 720p. Now of course there are bugs in the PC streaming. Whilst I was playing Left 4 Dead 2, I had major lag spikes that lasted about 10 seconds and occurred every 3-5 minutes. Most of my PC games would not show in the Shield menu (BF3, CoD, Crysis) and would only shows some of my few played games.​
​
Audio:​
The audio quality is one of my favorite things about this device. The sound of my music was as clear as my headsets, and louder than a iPod. Another advantage is that the 'fuzzy speaker' effect doesn't occur when you have the speakers on loud. The speakers are facing upward, directly at you, so you can hear better when playing a game or listening to music. Long story short, these are some of the best speakers I have seen / heard on a portable device.​
​
Bugs / Cons:​
As mentioned above, some bugs lie in the beta PC streaming function. I have noticed that when I am installing an app, it will freeze at a certain percentage and will not budge. However, I do not know if that is the Shield or Google Play Store. As mentioned, the thumbs sticks are sunk in which I find rather annoying and can be a distraction when playing games. Getting a custom wallpaper is also difficult as you actually have to get whatever image you want to use, then center it.​
​
Overall:​
The Shield is a must have for portable gamers or PC gamers who want to leave the desk. The bugs do get annoying at times, but I know everything will work properly once Nvidia fixes them.​
I rate this device a 8.7​
​
Here are some of my pics:​ 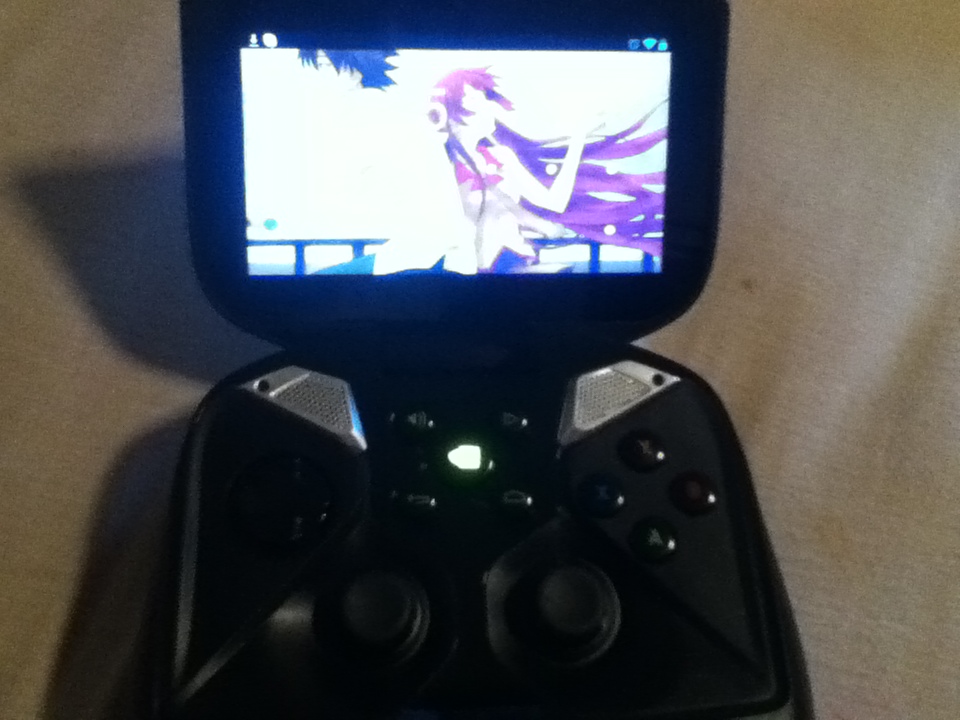 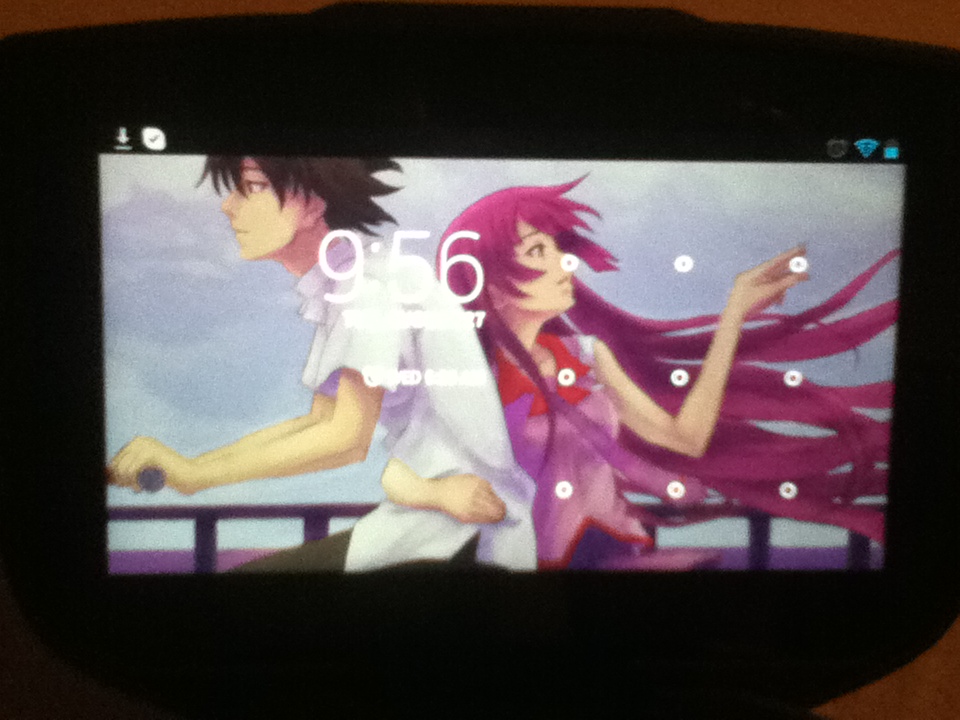 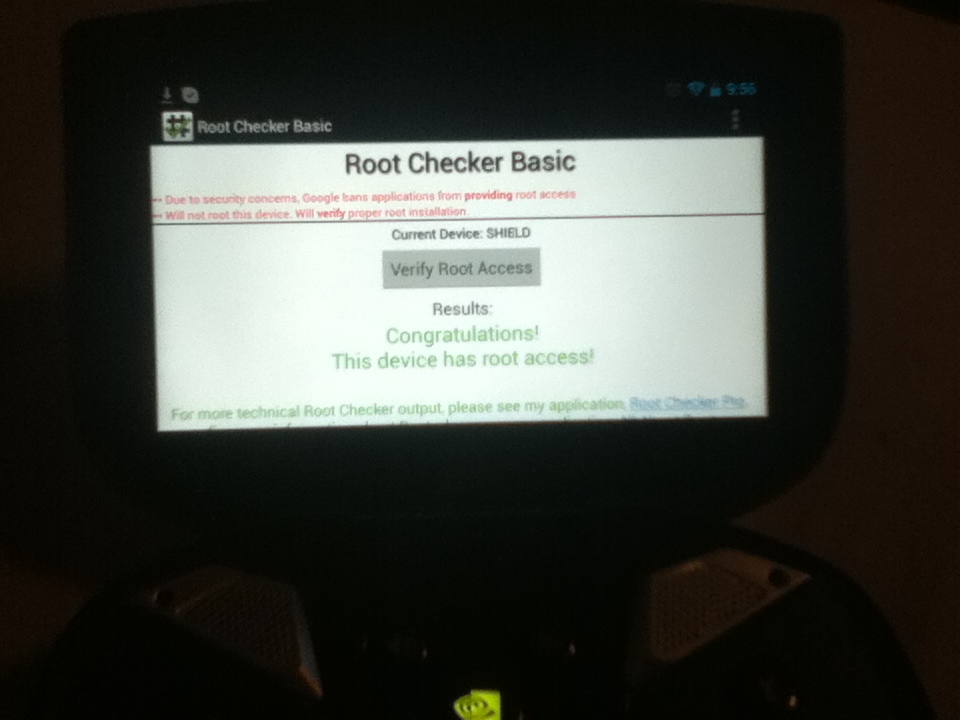 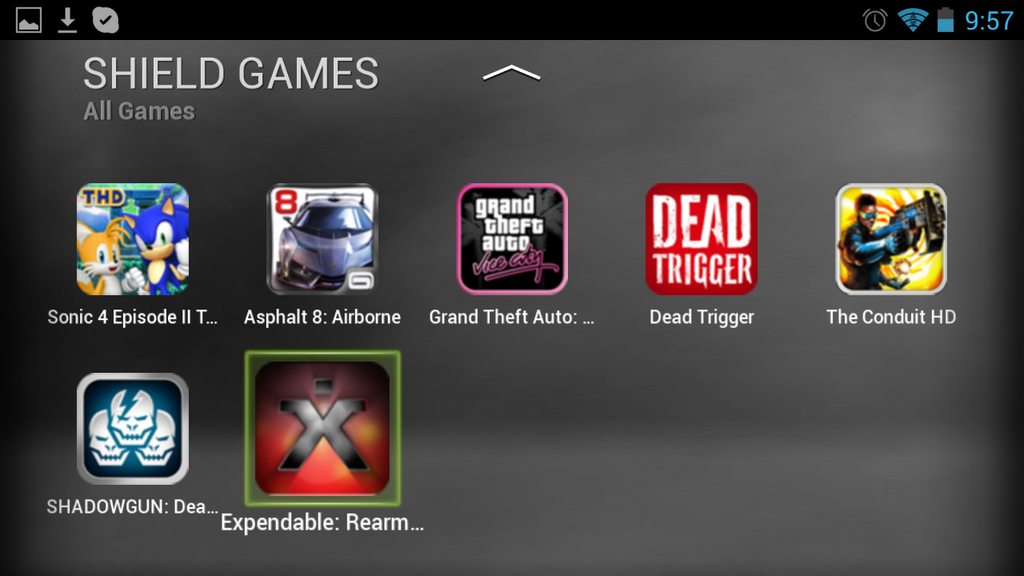 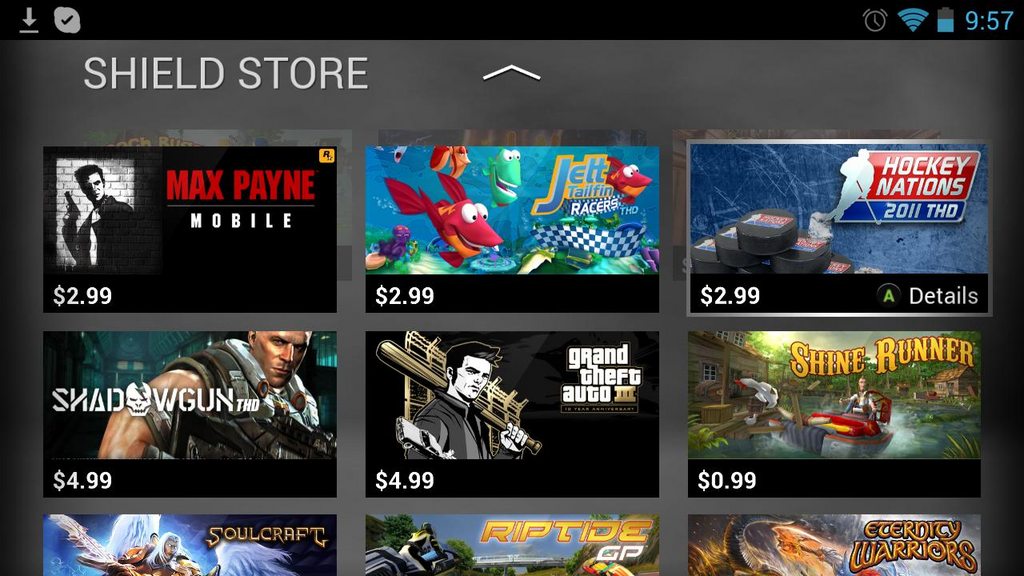