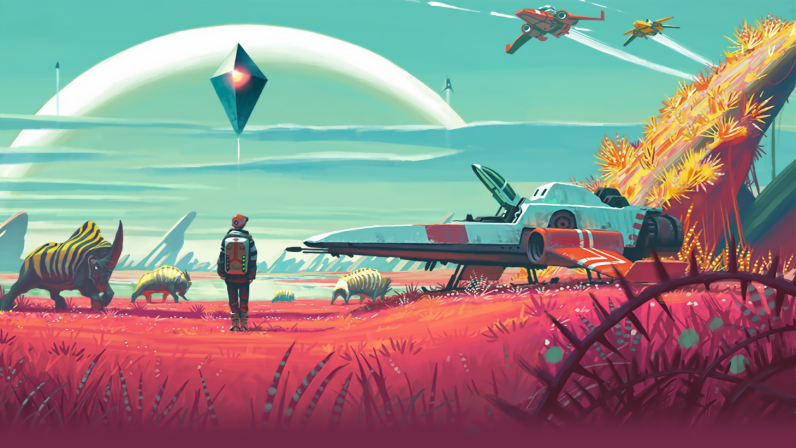 No Man's Sky is coming to Xbox One alongside a big new update, developer Hello Games has announced. The game's Xbox One release is coming at some point in 2018, while the update is also coming for free to PS4 and PC this year.

All previous expansions--Foundation, Pathfinder, and Atlas Rises--will be included in the Xbox One release, while the upcoming update will also be pre-installed. The game's Xbox One box art states it will be enhanced for Xbox One X with 4K and HDR capabilities, but no details on those features have been announced.

​
The game was previously exclusive to PS4 and PC after launching for those systems in 2016. Hello Games self-published the exploration title on those platforms, but 505 Games--the publisher behind games such as Brothers: A Tale of Two Sons and Payday 2--will distribute the Xbox One version worldwide.

No Man's Sky's upcoming update--dubbed Next--will also be made available for free to PS4 and PC players. Hello Games says the update will be "an important next step in a journey for No Man's Sky," though no further details have yet been released.

In our original No Man's Sky review, critic Peter Brown awarded the procedurally generated sci-fi game a 7/10. "No Man's Sky is immediately a massive game with impressive seamless transitions from ground to space, and it will entertain your inner collector for a while," he said. "The more you get to know it, the more you recognize its faults, and it's easy to fall so deep into the act of exploring and trading that your focus narrows to those aspects alone. If, however, you consider everything it has to offer and listen to what Atlas has to say, No Man's Sky becomes more than a collection of slightly different worlds in a seemingly never-ending galaxy--it becomes an examination of the meaning of life in a way that's more valuable than all the gold or starships in its virtual galaxy."