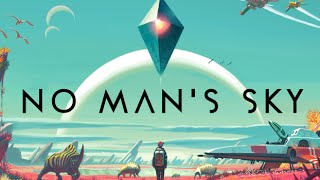 No Man’s Sky’s next major content update is out this summer, alongside its debut on Xbox One. On an Inside Xbox stream, Hello Games co-founder Sean Murray announced that both the Xbox One version and Next would launch July 24 and it’s bringing full-fledged multiplayer with it.

Hello Games, the developers of No Man’s Sky, released a teaser for the game’s “Next” update at the end of March. Its focus on multiplayer, however, was today’s big reveal. While limited multiplayer already exists in the game, Murray gave some examples that suggest the new iteration of multiplayer will allow for far more player interaction.

Players will be able to group up with friends to survive, build, race and simply relax in the massive space world that is No Man’s Sky. Murray described the Next update as a culmination of “this potential that everyone’s always seen in No Man’s Sky,” he said during a live interview on the stream.

“It’s the kind of game that myself and a lot of other people have always wanted to play in a multiplayer world.”

The long-awaited No Man’s Sky multiplayer content update, Next, will be available on PlayStation 4, Windows PC and Xbox One.