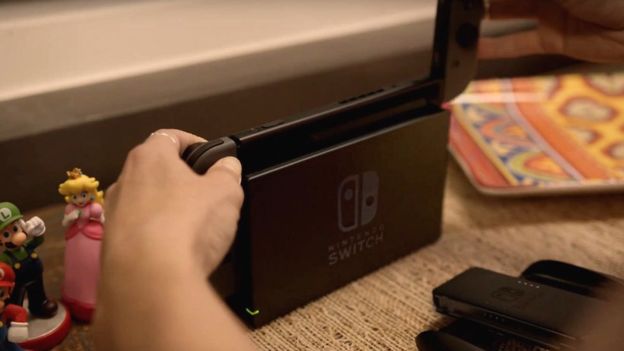 Nintendo has officially confirmed more tech specs for its upcoming Switch console. The Switch will use a 6.2-inch 1280x720 resolution multi-touch capacitive screen.

The console will also use 32GB of internal storage, which you can expand with a microSDXC card. The game cartridges are called “game cards” and you drop them in from the top of the Switch.

​
The Switch will have two speakers at the bottom and a 3.5mm headphone jack at the top.

In terms of battery life, Nintendo asserts that the Switch can last over six hours, but will vary depending on the game and usage conditions. The company says that users should be able to get roughly three hours out of the Switch while playing The Legend of Zelda: Breath of the Wild.

​
As revealed in October, the Switch will use an Nvidia Tegra-based system-on-a-chip (SOC) for its processor.

The Switch will retail for $299.99 and will launch on March 3. For more information on the console, click here.