Nintendo Switch has a capture button for screenshots and, someday, video 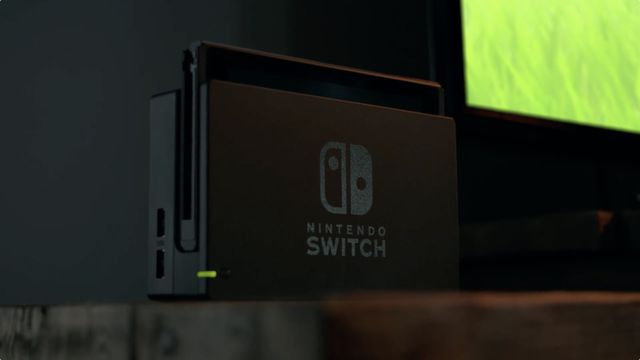 The Nintendo Switch will allow players to take screenshots and, eventually, video of games, Nintendo announced today during a press event in Tokyo.

The feature brings the Switch in line with the PlayStation 4 and Xbox One, both of which continuously record gameplay footage and, on command, can generate clips of the past few minutes.

When the Switch launches March 3rd, the capture button will only take screenshots. “In the future, [the button] will be able to capture video as well,” Nintendo said. Switch owners will be able to share captured content over social media.

Like the PS4 and its DualShock 4 gamepad, the Switch puts recording capability right in players’ hands with a dedicated capture button on its controllers. A small square button with a circle on it — like the record button on a tape deck — is situated below and to the right of the directional buttons on the left Joy-Con controller, as you can see in the following image of the Joy-Con Grip unit:

The record button on the Nintendo Switch’s left Joy-Con controller, highlighted with an arrow.

The same button is visible above and to the right of the D-pad on the Switch Pro Controller:

The position of the record button on the Switch Pro Controller.

Both of those images are from the day Nintendo unveiled the Switch — the first one is a product photo from the company, and the second one is a screencap from the reveal trailer. But until today, Nintendo had not discussed the button in question, let alone detailed its function.