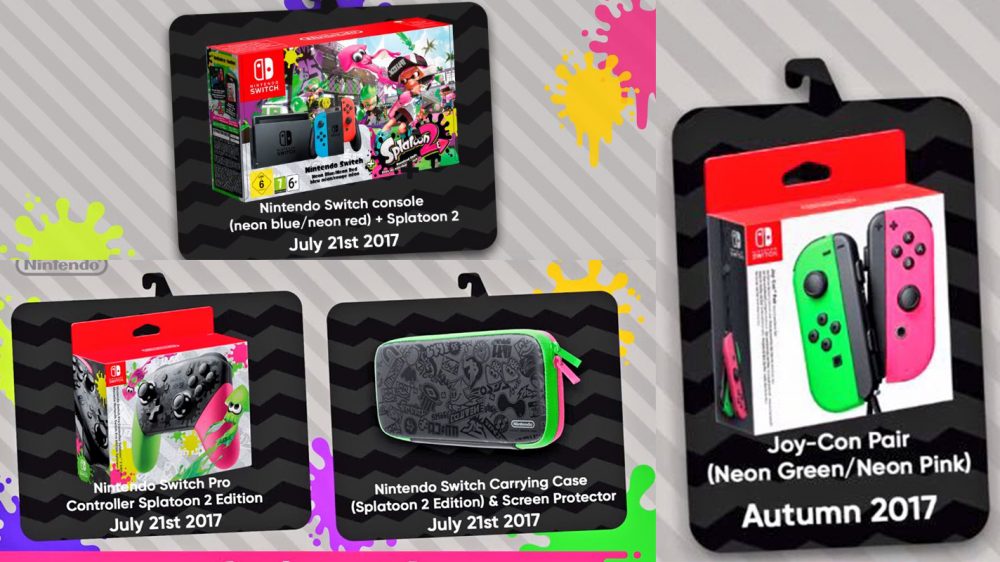 Nintendo of Japan has announced a new Nintendo Switch bundle that comes with a copy of Splatoon 2, while a range of accessories themed around the shooter sequel have also been announced. The bundle comes with a Switch console, as well as neon green and pink Joy-Cons (which combine for a nice, watermelon-looking color) and three packets of Splatoon stickers. Additionally, a new Switch Pro controller, featuring green and pink grips, has been announced for Japan.


https://topics.nintendo.co.jp/c/article/ebf1a792-35f2-11e7-8f53-063b7ac45a6d.html​
There are no Switch game bundles in the United States, in part because Nintendo wants to give people the option to choose whatever games they want.