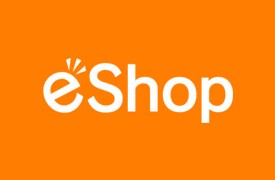 A bunch of new games are now available for Nintendo Switch. Compared to recent weeks, this one is fairly light in terms of releases; only 15 new titles arrive for the console, but they include one of Nintendo's most recognizable mascots.

Headlining this week's Switch releases is Kirby's Star Allies, the pink puffball's first adventure for Nintendo's hybrid console. Like most other Kirby games, Star Allies is a side-scrolling platformer. This time, however, players are able to explore alongside three companions (controlled either by the AI or other players) and use their powers together to progress through levels. You can learn more about the title in GameSpot's Kirby Star Allies review and review roundup.

​
Also available this week is Splatoon 2: Starter Edition. This version of the colourful Switch shooter features the same content as the base game, but it comes bundled with two sticker sheets and a strategy guide to help teach newcomers the basics of the gameplay. The Starter Edition arrives ahead of Splatoon 2's first paid DLC pack, the Octo Expansion, which releases this summer and adds 80 new single-player missions, along with the ability to play as an Octoling for the first time.

Some other notable titles out this week include the elegiac adventure game Last Day of June; the top-down shooter Tesla vs. Lovecraft; the fast-paced first-person platformer Clustertruck; the stylish physics puzzle game Neonwall; and the latest ACA Neo Geo game, Aero Fighters 3. You can find the full list of this week's Nintendo Switch releases below.

In addition to all the new releases, a Square Enix sale is now underway on the Eshop. For a limited time, Switch owners can find discounts on some of the publisher's recent titles for both Switch and 3DS, such as Lost Sphear, I Am Setsuna and Spelunker Party. A number of other Switch games are also still on sale in the Eshop, including entering the Gungeon, Floor Kids, and Mutant Mudds Collection. You can find the full list of Eshop deals on Nintendo's website.