Nintendo Switch Can Connect 10 Consoles Together 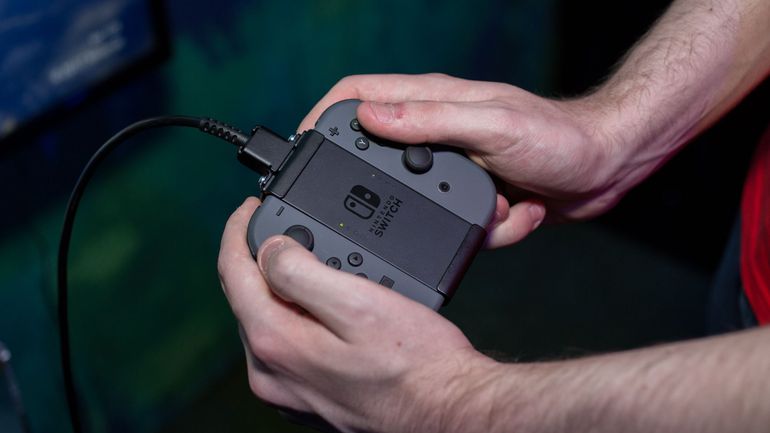 In Splatoon 2's demo announcement, Nintendo revealed some new details about the Switch. Of most interest is that the console can actually link 10 consoles together, not just the previously announced eight.

Nintendo's press release mentions the "newly announced LAN Play feature," before going on to detail 10-player options. "Connecting up to 10 docked consoles via wired LAN will be well-suited for proper tournaments, while for more casual get-togethers up to eight players can still enjoy a quick game via the previously revealed local wireless connection."

You won't be able to shoot all 10 people, however. Nintendo explains the two extra people can spectate, but not join in on the action: "Private Battle Spectator View is a new functionality that will allow up to two people to participate in a Private Battle as cameramen to observe the 8-player battle from multiple angles."

Nevertheless, the ability to connect 10 consoles is impressive, and might suggest true 10-player gaming could come later down the line.

Elsewhere in the press release, Nintendo teased more information on its Switch smartphone app, which much of its online functionality revolves around. "This app will connect to the game," the publisher explained, "[allowing] players to set play appointments with friends who have been added to their Nintendo Switch friend list or via their social media accounts."

Setting up Splatoon 2 sessions with your friends in advance could be a useful feature, as is the ability to link your Switch account with social networks.

Splatoon 2 launches for the Switch this summer. The game was announced at Nintendo's January event; it supports Joy-Con controllers, the Pro Controller, and is compatible with both TV and handheld modes.