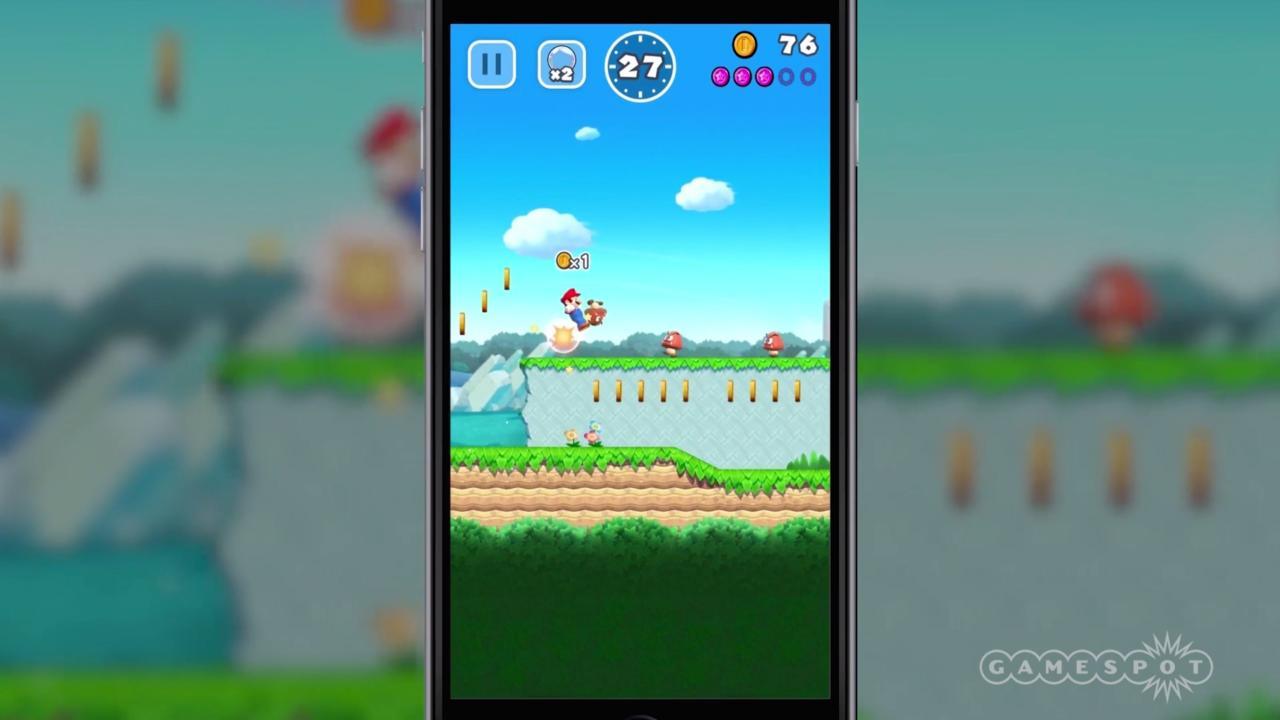 Nintendo's stock price dropped again on Monday, and it apparently won't be getting a boost from the announcement of post-launch content for Super Mario Run anytime soon, or perhaps ever.

Speaking with the Wall Street Journal, a Nintendo spokesperson said the company has no plans to launch additional content for Super Mario Run. That includes free and paid DLC, both of which seemed like possibilities given that Nintendo has, like the rest of the industry, begun supporting its console and portable games with such content.

Meanwhile, Nintendo's stock has been in a nosedive since just prior to Super Mario Run's release. Following a sizable increase in the month prior, its share price has now declined for five consecutive days on Tokyo's stock market. As of market close on Monday, it stands at 24,540 yen (about $211), down from its recent high point of 29,400 yen (about $252) on December 12.

That was the highest it had been since just after Pokemon Go's launch in July. In that case there was also a subsequent sharp decline as investors seemingly discovered Nintendo would only enjoy a small part of the profits.

Research firm SuperData recently downgraded its expectations for Super Mario Run's first month from $60 million in revenue to $12-$15 million. However, that doesn't take into account any other benefits Nintendo might see in terms of people who are convinced to go out and pick up a Mario game on one of Nintendo's platforms. The prospect of that happening is a big part of what motivated Nintendo to finally enter the mobile games business.

While Super Mario Run reached the top spot on the iOS App Store charts in many places around the world (including the US), it did not do so in Japan, which is the world's third-biggest app market. It will have another chance at a big launch when it debuts on Android next year, although there is speculation that negativity surrounding the game's iOS launch could dull excitement from Android owners.

On the App Store in the US, the game currently has a 2.5 out of 5 review average from users, with the bulk of the complaints seemingly taking issue with the game's business model. Super Mario Run is a free download that provides its first few levels but requires players to pay $10 to access the rest of the game.

Super Mario Run enjoyed an unprecedented level of marketing for an iOS game launch; for the first time ever, Apple allowed users to be notified in advance about its release, and the App Store remains plastered in advertisements for it. The $10 price was announced well in advance of launch, but it's likely something most people went in unaware of, as the App Store listing only mentions this at the bottom of its description. Regardless, it's a much higher price than that of the vast majority of games on the platform, and a much different business model than the one employed by Pokemon Go and other, more traditional free-to-play games.

For its part, Nintendo has still yet to share any official figures regarding the game's performance. What will be telling is how long the game manages to stick around on the App Store's Top Grossing charts, something that will likely prove to be a challenge given its one-time-only fee.