Nintendo Finally Does VR In The Most Nintendo Way Possible 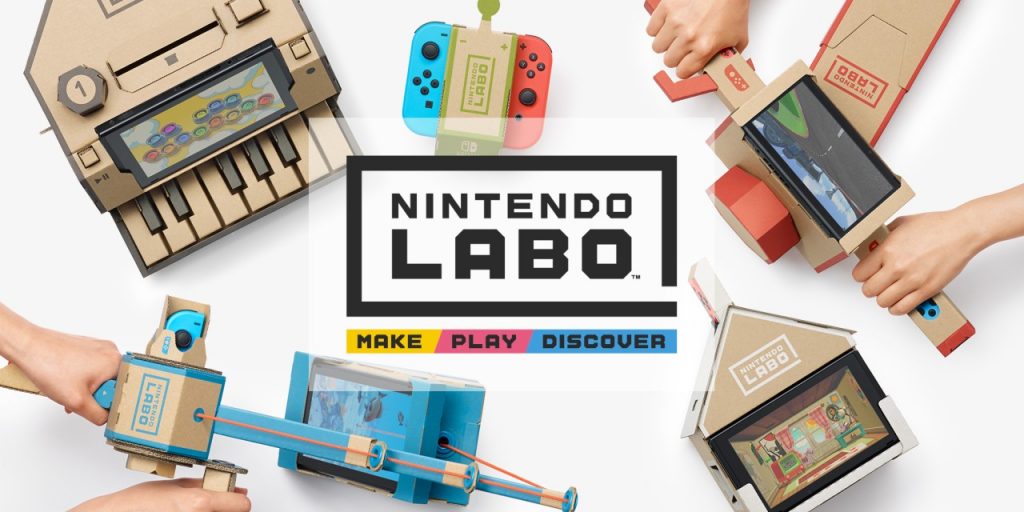 Despite the numerous innovations it’s been responsible for over the past three decades, Nintendo has also been notoriously slow to adapt to certain trends. The company was, after all, the last to earnestly embrace online gaming, and it seemed that would likewise be the case with virtual reality--which made the announcement of Labo VR, the fourth kit in its growing line of DIY games/toys, such a surprise. And while it may not be as sophisticated as a true VR headset, Labo VR is the most compelling Labo kit yet, although your enjoyment will largely depend on your own creativity.

Like Nintendo’s previous three Labo packages, the VR kit comes with its own game card and an assortment of cardboard sheets, stickers, rubber bands, and other crafting materials with which to assemble its various Toy-Cons. The full suite of projects includes the Blaster, Bird, Camera, Elephant, and Wind Pedal, plus a set of VR Goggles that works in conjunction with the other peripherals. The goggles are the key to the experience; they house the Switch console and slot into almost all of the other Toy-Cons, allowing you to play their corresponding mini-games in VR (though each activity also supports the option to be played in 2D).

What's most immediately impressive about this setup is that it doesn't require any additional hardware or accessories to work, as PlayStation VR and other headsets do; you simply slide the Switch into the VR Goggles, then insert that into the Toy-Con you wish to use. We had reservations about holding the Switch up in what is effectively just a cardboard viewfinder, but the goggles feel surprisingly sturdy, and all of the Toy-Cons feature safety caps to lock it into place, ensuring the console doesn't accidentally slip out during use. That said, we'd still caution parents to supervise their children when playing with the Toy-Cons to prevent any mishaps.

Of course, without additional cameras or input devices, the Labo VR kit offers a more limited virtual reality experience than proper VR headsets. Even so, head tracking felt accurate and responsive in our time with the kit, and all of the mini-games we played made good use of the 360-degree view the VR Goggles afford. If things do become wonky, however, you can recalibrate the Switch by removing it from the goggles, setting it on a flat surface, and pressing an on-screen button.

Each of the five new Toy-Cons works with a different pair of activities. We only got to try a handful of these during our hands-on time with the kit, but the mini-games we did play seemed to suffer from the same problem as those in the Variety kit; namely, they didn't appear to offer much in the way of depth, so it's difficult to imagine spending more than a few minutes with them. That said, the games were amusing, and the Toy-Cons are intended to be passed between players, so your mileage will vary if you have family members or other loved ones to share the experience with. Of the bunch, the Blaster offered the most traditional gaming experience--a simple on-rails light gun game in which you shoot an army of adorable aliens that have invaded a city. The Blaster is also used to play a secondary competitive mini-game that is essentially a VR version of Hungry, Hungry Hippos, pitting two players against each other in a race to fire food into the hippos’ mouths.

Another highlight was Bird, which has players soaring about an island in search of hatchlings to feed. The Camera Toy-Con lets you snap pictures of marine life in a simple underwater photography game, while the Elephant features the most unexpected activity--an art program that allows you to draw 3D artwork by maneuvering its trunk. However, the trunk's limited range of movement made this particular activity the least appealing of all the ones we tried. By contrast, the most memorable sensory experience came from the Wind Pedal. Like the pedal Toy-Con from the Labo Vehicle kit, this peripheral rests on the floor, but pressing down on it causes a fan to swing upward and blow air into your face. The object of its mini-game is to press down on the pedal at the right time to make a frog leap over stacks of balls that are fired from clockwork bears. The game itself is a rudimentary timing challenge, but feeling the gusts of air against your face as you see yourself ascending into the sky was a trippy sensation.

On top of each Toy-Con's dedicated mini-games, Labo VR also includes a mode called VR Plaza, which features 64 bite-sized VR activities to play. These run the gamut from side-scrolling platformers to puzzle games, and each one was created using the series' flexible Garage function, which lets you program your own Labo activities. This is where the game's lasting appeal lies, as you can tinker about with the entire selection of pre-made games, editing them as you please or even creating your own VR games.

The Nintendo Labo VR kit launches on April 12. This time around, Nintendo is offering the kit in two different configurations. The full bundle retails for $80 and includes all six Toy-Cons, while the starter set--which comes only with the Labo software plus the VR Goggles and Blaster--costs $40. The remaining peripherals can then be purchased across two separate expansion sets for $20 each.