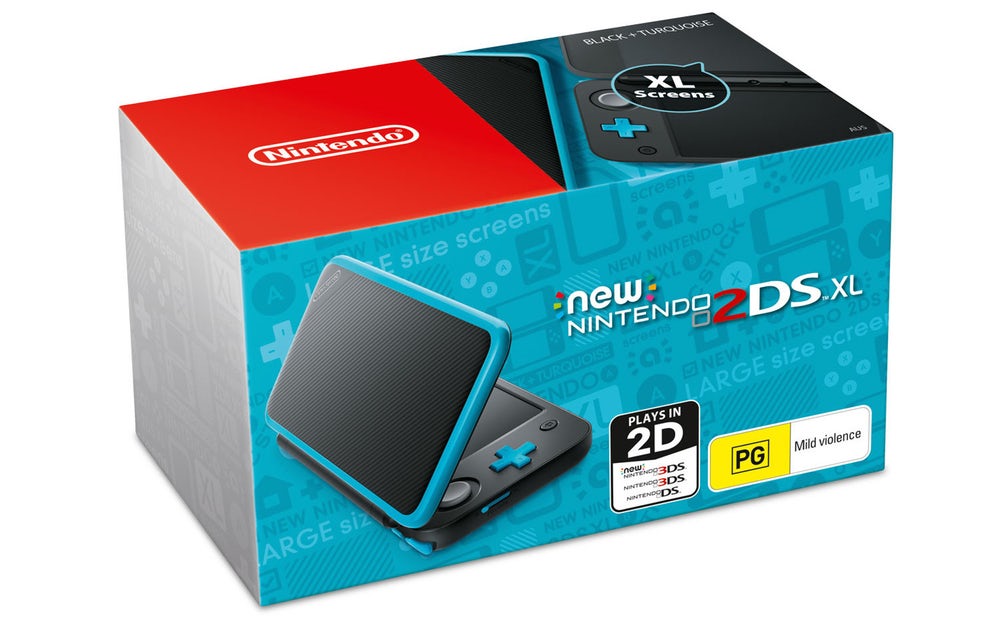 Nintendo recently announced another model in its long-running 3DS line: the New 2DS XL combines the screen size and clamshell form factor of the 3DS XL, the built-in NFC capability of the New Nintendo 3DS, and the budget price associated with the 2DS. With so many different iterations of the console now available--not forgetting the standard 3DS or the New 3DS--some people have wondered why the New 2DS XL exists at all.

Now, Nintendo of America president Reggie Fils-Aime has said the device is for consumers who want something "in between" the 2DS and the 3DS XL. "The Nintendo 2DS really focused on that entry level gamer," he told Time. "The four-, five-, six-year old that is just getting into gaming, but wants to play Mario Kart, wants to have a Super Mario Bros. experience, wants to play Pokémon. And we feel with Nintendo 3DS XL at $199 that it's a fully-featured product, that it is, if you will, the Cadillac of handheld gaming. And then we heard from consumers, 'Boy, I wish there was something in between.'" That's why the company decided to make the 2DS XL, says Fils-Aime.

The executive had previously said the that the device "still packs the same power" of the New Nintendo 3DS XL.
The Nintendo 2DS originally launched in 2013. Billed as an entry-level device for children, the system features two screens but no clamshell hinge and no 3D capability. It launched at $130, before Nintendo cut the price down to $80 / £80.