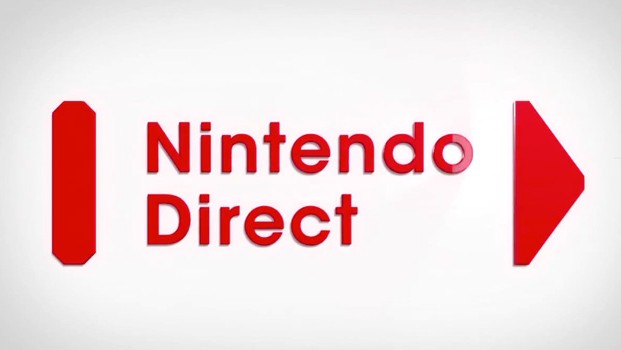 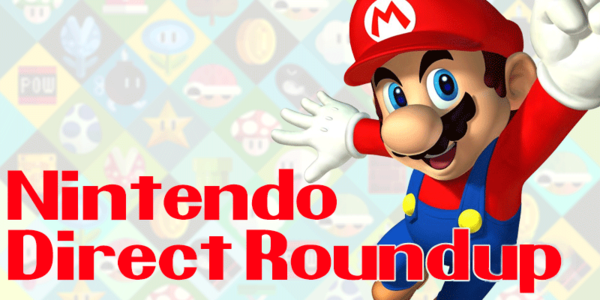 ​
Nintendo has just finished up another one of their Nintendo Direct Conferences and in turn, we have received a lot of information on what Nintendo has planned for us going into 2016. They covered a wide array of topics, everything from announcing new Amiibo figurines to announcing release dates for some highly anticipated games. Now you better buckle up and get comfortable, because this is about to be one heck of a roundup!

Let's start things off with talking about something that a lot of old school Nintendo fans will be pleased to hear about. If you are a fan of Pokemon, and you happen to own a Nintendo 3DS then you may just be in luck. Nintendo announced today that Pokemon Red, Pokemon Blue and Pokemon Yellow will be making their way to the Nintendo 3DS on February 27th, 2016. Nintendo has said that these are the original games and they will be remastered to perform as closely as possible to the originals. 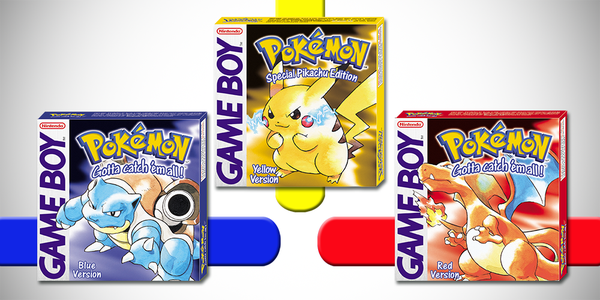 Continuing on with the Pokemon news, Nintendo also went ahead to announce another "free-to-start" Pokemon game. Pokemon Picross, a combination of Pokemon and the puzzle Picross will have players completing various visual puzzles, much like in the original Picross, except this time it is based around Pokemon. The game is set to be released for free, sometime in December on the Nintendo eShop.

Now let's shift gears and talk about the new Amiibo's that were announced. Starting on January 22nd, you will be able to purchase a Lucas from the newly announced Nintendo game called Mother 3. Other Amiibos that will also be released alongside Lucas are Blathers, Mr Resetti, Kicks and Celeste from the Animal Crossing series. A picture with all of these new figurines will be posted below. 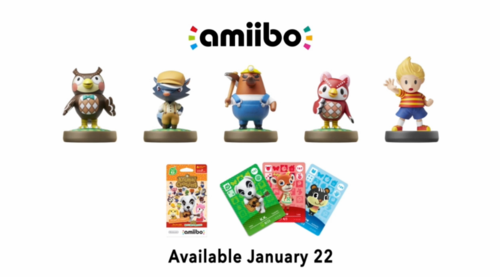 ​
As mentioned earlier, Nintendo also announced a new game today called Mother 3 for the Wii U. It is a sequel to Mother 2 but it also comes with a twist. The game will only be available in Japan for the foreseeable future. The game wasn't actually even mentioned in the US version of the Nintendo Direct stream, instead the entire game was announced on the Japanese stream and later confirmed by the Nintendo Japan Twitter account. The franchise, however, is very popular all around the world, so a US release should not be ruled out entirely.

Next on our topic list we have more remastered games. Nintendo was proud to announce that Dragon Quest VII and Dragon Quest VIII: Journey of the Cursed King are going to be making their way to the Nintendo 3DS in the USA. It is worth noting that both of these games are already available for the 3DS in Japan, and Nintendo was simply holding back on releasing them in the US. The games will be available for purchase sometime in 2016 and more information is expected to become available as the release date inches closer. 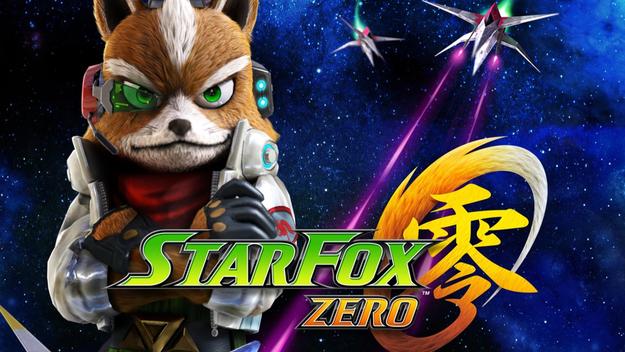 Let's talk about some bigger news that came from the event. Star Fox Zero is an upcoming 3D scroller for the Wii U. The game’s initial launch was set for sometime this month, but ended up getting delayed back in September due to the fact that the developers wanted to polish its features. Also, the game’s producer Shigeru Miyamoto said that this polishing will allow players to grasp the new style of play they are proposing with Star Fox Zero in a smoother fashion. The game will be based around vehicle combat, on what seems to be alien-like planets. Star Fox Zero is now set to release onto the Wii U sometime next April, although an exact date has not been revealed. Make sure you check out the introduction trailer here. 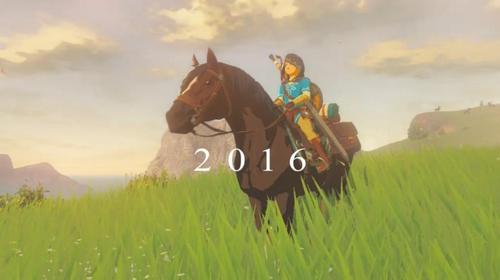 Link is a name that will resonate with many gamers whether they have ever played The Legend of Zelda or not. This classic series was originally slated to hit shelves for the Wii U sometime in 2015, but had since been delayed after the developers realized there was additional features or potential that they had not tapped into. Although these extra possibilities have not been revealed, it seems that the developers have implemented them in some way or another. Since they have confirmed a release timeframe for the Legend of Zelda. However, there is not an exact set date, the game is now expected for launch sometime in 2016. Besides this, the devs have also confirmed that the 30th anniversary of the series which is dubbed Legend of Zelda: Twilight Princess HD Edition, will also be headed to the Wii U at an unannounced date in 2016.

Moving on to Super Smash Bros. Nintendo has revealed that Cloud from Final Fantasy VII will be coming to the game very soon. During a recent Nintendo Direct presentation, they showed off some new gameplay footage on the upcoming character addition to their game. Nintendo also took the time to showcase some of Cloud’s moves during the event, this includes his limit break, something Final Fantasy VII fans are sure to enjoy. In addition to the new content aimed at the fans, Nintendo has also taken the time to add a new stage to Super Smash Bros. Which will be based on Final Fantasy VII's Midgar area.

In addition to all of this, Cloud will be coming with different costumes that are based on the multiple character design changes he faced throughout all of the games and movies the Buster Sword wielding hero is featured in. The Midgar stage that’s coming to the game will feature a massive Mako reactor in the background. The stage will also feature different cameos from multiple Final Fantasy VII's summons that will attack the players on the stage.

If you’d like to secure a copy of Super Smash Bros along with a Wii U on Black Friday you can. Nintendo announced a brand new Wii U bundle which will be released in time for the day after Thanksgiving. The bundle will a Wii U system packed with 32 GB of space for you to use. The bundle will not only course feature a pre-installed copy of Super Smash Bros; but a copy of Splatoon as well. Walmart has the bundle listed for $250 for Black Friday, but the official sales price has yet to be revealed.

Last but not least, Nintendo has also announced that they’ll be hosting a special Super Smash Bros. Nintendo Direct briefing in December. The didn’t go into the specifics of what exactly will be discussed during the event, nor did they reveal the release date. In addition to this, Nintendo revealed that they are still keeping their shooter title, Splatoon, up-to-date. The developers will continue to release content for the game from now until January 2017 at the latest. At the latest Nintendo Direct event, two new stages in the game were showcased for fans of the game.

The first stage is called Muse D'd Alfonsino and it’ll be dropping tomorrow. The stage will be challenging, and will feature rotating objects for players to avoid. The second stage, which is titled Mahi Mahi Resort, is a completely different stage which takes place at a poolside resort. When players progress halfway through the stage, a section that will initially start out underwater, will rise up, giving players more ground to cover with ink. Also released today for Splatoon, is a brand new update which features over 40 new costumes and gear for players to try out.

Nintendo also made somewhat of a surprise announcement and revealed the official female Link. Linkle, the female version of Link will be a playable character in Hyrule Warriors Legends for the Nintendo 3DS. Her primary weapon is a crossbow and her signature move is the spinning kick attack. Hyrule Warriors Legends be available to purchase for the 3DS on March 25th, 2016.

What do you think? Has any of this news caught you off guard? What are you most excited for? Leave your thoughts and comments below!

Also please take the time to thank both RaoulDuke and God for writing chunks of this article, it wouldn't have been possible without these two!

Here is a special shoutout to Knowledge for providing us with the banner for this article!