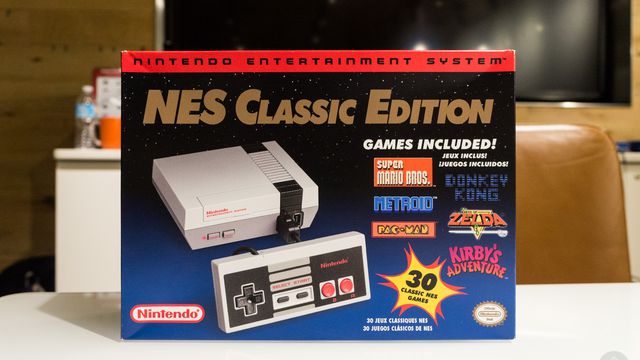 Nintendo’s NES Classic Edition mini console is coming back. Nintendo said in a release today that last year’s popular but hard to find miniature version of the Nintendo Entertainment System will return to store shelves next summer. New shipments of the NES Classic Edition will be welcome news for fans, as Nintendo released the console in limited supply for a very short window. That was always the plan, Nintendo said, but clearly continued demand for the 8-bit system has changed the company’s mind.

Nintendo also said, officially, that it plans to release more Super NES Classic Edition consoles, its miniaturized version of the Super Nintendo Entertainment System, than originally planned. “Fans have shown their unbridled enthusiasm for these Classic Edition systems, so Nintendo is working to put many more of them on store shelves,” Nintendo said in a release.

Earlier this week, Nintendo of America president Reggie Fils-Aime said in an interview that the Super NES Classic Edition will be more readily available than its 8-bit predecessor.

“I would strongly urge you not to over-bid on an SNES Classic on any of the auction sites,” he told the Financial Times, adding that Nintendo had “dramatically increased” production of the SNES Classic.

The Super NES Classic Edition will include 21 games for Nintendo’s 16-bit console, including Super Mario World, The Legend of Zelda: A Link to the Past, Star Fox 2 and Super Metroid. The system will launch Sept. 29 for $79.99.

The NES Classic Edition, which was originally released in November 2016, included 30 classic 8-bit games. The system originally retailed for $59.99.