There are many methods to record console games via external devices such as the Elgato and Hauppauge HD-PVR. Unfortunately, us handheld users are left in the dark and stuck holding cameras in front of our screens with hopes that the video quality will turn out to be bearable enough to watch and enjoy. Fortunately, this is not the case anymore because handheld gamers now have two, brand new capture devices available on the market. One of these devices comes from a person under the alias Katsukity, who offers his devices for the Nintendo 3DS, 3DS XL, 2DS, PS Vita (both 1000 and 2000 models), Wii U, DS, and DSi. The other device comes from a person under the alias Loopy, and only offers a board for the normal Nintendo 3DS as of now.

If you're looking to record your 3DS gameplay you can go with either Katsukity's device or Loopy's, however, there are some major differences between the two devices and I plan to cover all of them in the article.

Both devices are relatively the same in this area. They both run a micro USB port from the back of the device to your PC. Loopy's card on the Nintendo 3DS also adds some bulk to the handheld because of the black plate that's used to house the new hardware. However, the added bulk is barely noticeable whilst you're holding the device and if anything, the bulk makes the device much more enjoyable to use due to the increased size. On the other hand, Katsukity's card for the Nintendo 3DS XL keeps the same slim design around the 3DS XL. 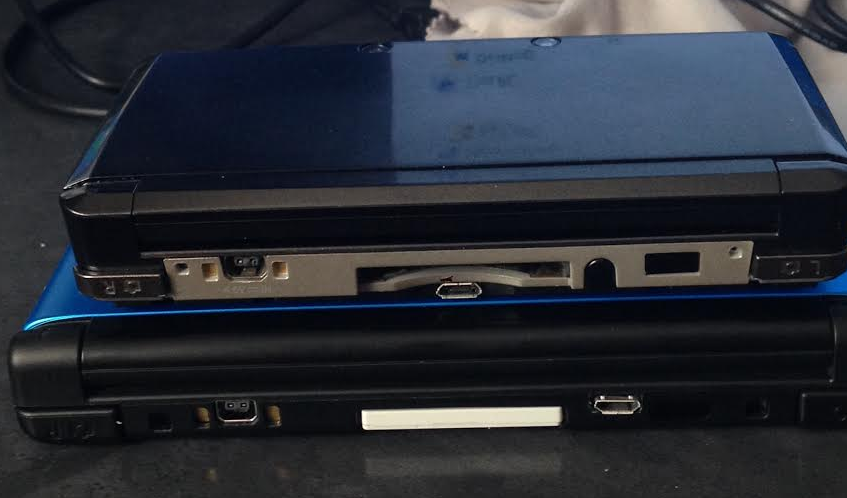 Upon receiving your new capture card, you will need to setup the software and drivers that go along with it. You will also need to go through two different outlets in order to use your new device depending on who you ordered from. For Katsukity's card, you will be required to go to the private link that will come printed on the sheet of paper that comes with your device and enter your product key. From that point, you should be good to go, but, if you would like to record gameplay as well, you will need an external program such as OBS (Open Broadcaster Software) to capture the video. In terms of which card runs better in this category, my vote goes to Loopy's for the lone fact that I can just open the program which comes included with the card and go about recording my gameplay unlike Katsukity's card where had to wait about five minutes.

In terms of the capture quality that these cards provide, they both capture in HD at 60 frames per second but there is one subtle difference that you may notice right away being that Loopy's card has a slightly sharper image, but that could be because of it's smaller resolution.

In conclusion both of these are amazing capture cards and they are almost identical aside from the points I mentioned. You can watch the video linked above to view both of these cards in action. In the end, I think Loopy's card is the slightly better choice when it comes down to it because of the fact that I can launch his software and go without the need of anything else!


I would like to thank both Katsukity & Loopy for giving me the opportunity for reviewing their amazing product! If you're interested in purchasing one for your self you can find Loopy's shop here and Katsukity's here.