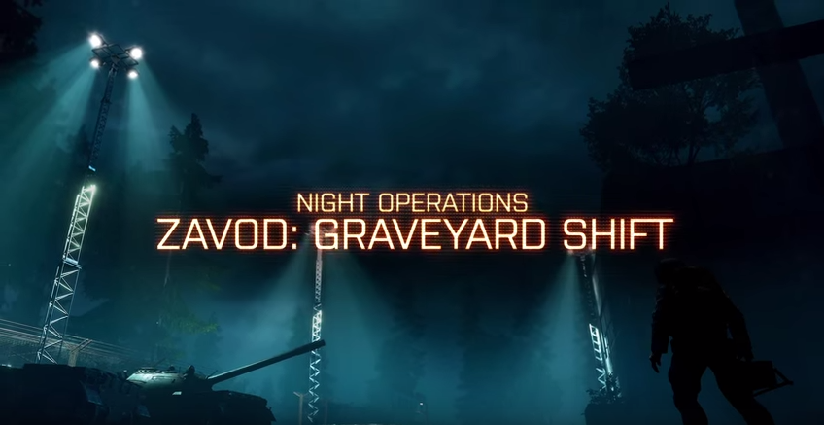 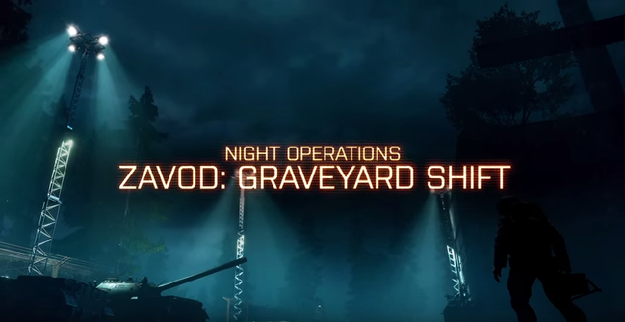 Today, DICE has finally unveiled something players have been asking for in nearly every game in the Battlefield series. A nighttime map. DICE has been hard at work creating this for Battlefield 4, and decided to let the community work together to decide what they would like to see. After months of testing in the Community Test Environment, the end result is something fans of the series will enjoy.

The map itself, which is named Zavod: Graveyard shift, is based upon the vanilla map Zavod 311. Other than the obvious change from day to night, the new map comes packed with gameplay tweaks that allow for players to get the best stealth gameplay experience possible. Changes include passive/active spotting to make it easier to flank your opponent, a brand new sound system that allows you to pinpoint your enemies footsteps in the dead of night, and a change to gadgets so that their digital screens shine brighter during the night. This ensures players have to change up their play style completely to avoid detection, and make it easier to spot those who don't use the environment to their advantage.

Gameplay footage shows tactical use of tac-lights and night vision scopes, which will most likely be available in their brand new weapons preset which has be tailored to suit the nighttime gameplay. Laser sights are a double edged sword when it comes to nighttime gameplay, while they are extremely helpful in blinding those who utilize night vision, they also give your position away to anyone looking in your direction. Night vision also has its downfalls as it's great for targeting enemies who are in close proximity to you, but you'll have a hard time finding people who a further away.

Night Operations will be coming to PC, PlayStation and Microsoft Consoles in September 2015.

When Night Operations release, how will you play? What tools will you use to dominate your opponents? Discuss below.