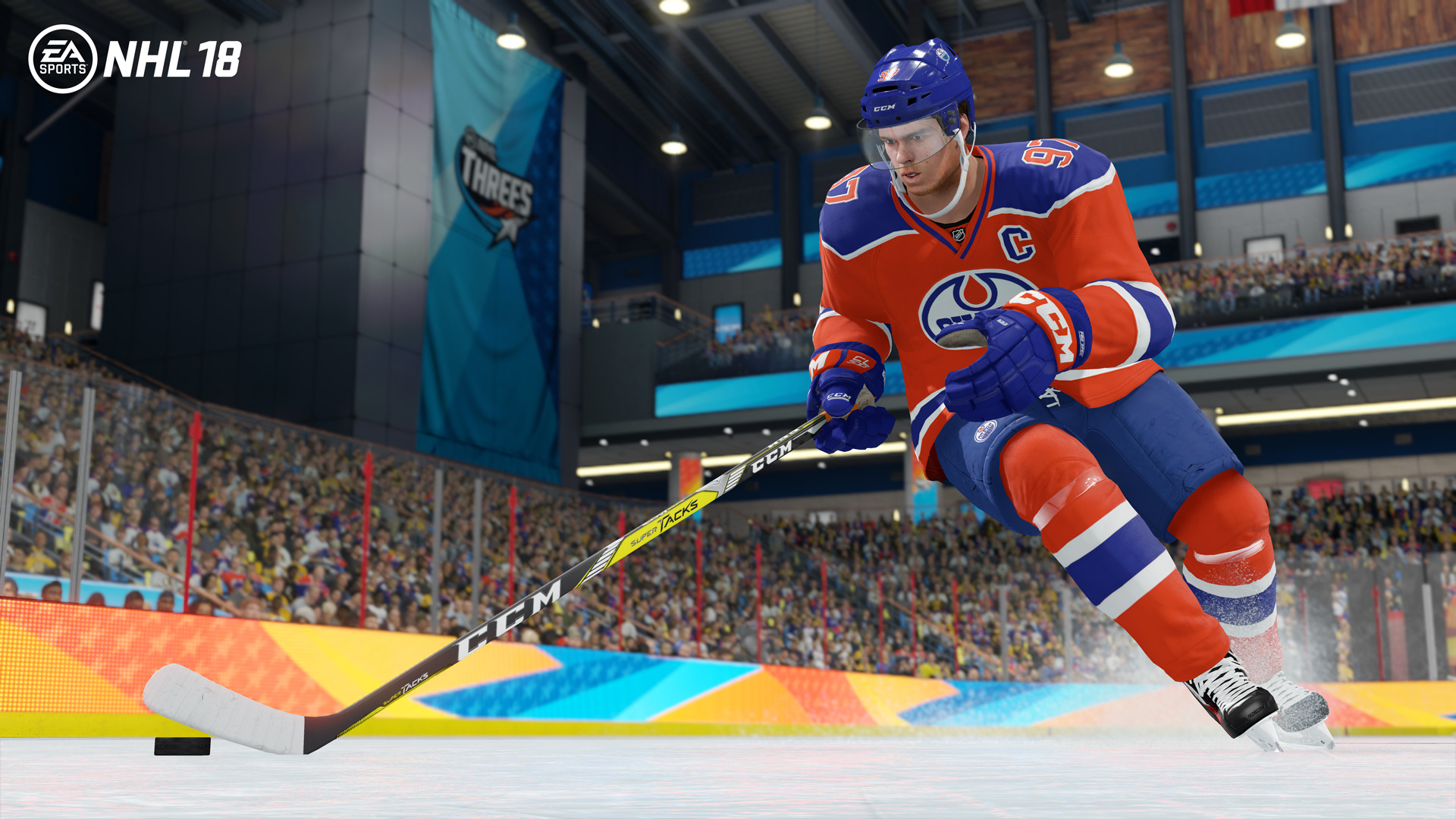 ​
While it was a no-show at EA's E3 event EA Play, NHL 18 is now getting its time in the spotlight. Today, the company unveiled the first details about this year's hockey game, including the release of its first trailer and screenshots.

You can check out the trailer, which debuted tonight during the 2017 NHL Awards. It offers an overview of what to expect from this year's game. And, as has become customary, the NHL Awards also brought word about the game's cover star. NHL 18's cover will feature 20-year-old Oilers center Connor McDavid, who won the Art Ross Trophy this past season.


Among the new features in NHL 18 are Creative Attack controls, letting you pull off highlight reel moves like one-handed dekes and between-the-legs maneuvers. On the other side of the puck is the new Defensive Skill Stick, providing you with poke-check targeting and controlled stick sweeps.

NHL 18 adds a new NHL Threes mode that's described in a press release as an "arcade-inspired experience with fast-paced, over-the-top action that features faster gameplay, bigger hits, and high-scoring action." This can be played in local co-op or online against other players, while there's also a campaign mode where you work through a circuit and unlock unspecified, "objective-based" rewards. 3-on-3 gameplay is also introduced to EA Sports Hockey League mode.

Ahead of NHL 18's release, a beta will be available that consists of the NHL Threes, Hockey League, and Online Versus modes. This kicks off on July 25, but you can sign up for beta access now at the EA Sports website.

NHL releases for PS4 and Xbox One on September 15, although EA Access members will be able to play for up to 10 hours on Xbox One beginning September 7. Alternatively, preordering the Young Star or Young Stars Deluxe editions will provide unlimited access to the full game starting on September 12. These special editions come with a McDavid-themed celebration and Ultimate Team content, among other bonuses.