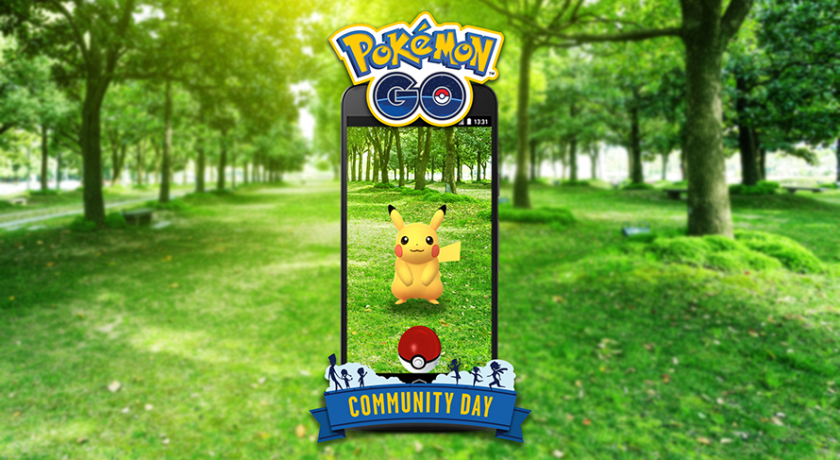 Pokemon Go developer Niantic recently announced a new recurring event for the game called Community Days, which will be held every month and give players a chance to snag double bonuses and exclusive Pokemon. The inaugural Community Day event takes place this Saturday, on January 20, for players around the globe.

Unlike the Pokemon Go Fest and Safari Zone events that Niantic held in the US and across Europe last year, Community Days aren't situated at a specific location, but rather occur at a designated time, encouraging players to meet at local parks and other public places during that window to catch Pokemon together with other players. Saturday's Community Day takes place at the following times:


Players will be able to earn double XP and other bonuses during the event, while Lure Modules will last for an extended three hours. Most notably, each Community Day will feature a special Pokemon that will only be available to catch for a few hours. These rare monsters will know a move they can't typically learn in the game. During this month's Community Day, players will have a chance to capture a Pikachu that knows Surf, just like the one you could obtain in the classic Pokemon Yellow.

In addition to the Community Days event, this month saw the arrival of a new Pokemon Go Legendary: Kyogre from Pokemon Sapphire. Kyogre marks the second Gen 3 Legendary to be added to the game, following Groudon, which was available from December to January 15. Kyogre will appear in Raid Battles at certain Gyms until February 14.

Niantic recently rolled out new updates for Pokemon Go that introduced an improved AR mode and a weather system. However, the developer also announced it will soon drop support for some older iOS devices such as the iPhone 5 and iPhone 5c. Those will no longer be compatible with Pokemon Go beginning February 28.