More than a year after its release in October 2015, Microsoft's Halo 5: Guardians continues to receive new DLC. In 343's latest weekly blog post, the developer said the game's next wave of add-on content is coming out very soon, saying its launch is "imminent." We already knew it would include more Warzone maps and Forge canvases, but now we know some of what else it will have.

One part of the DLC that sounds really cool is the "Voices of War" Req pack, which adds three new multiplayer announcers to the game for Warzone, Warzone Firefight, and Arena. The announcers include Spartan Buck, Yabda the Merciless, and 031 Exuberant Witness. Actor Nathan Fillion voices Buck in the Halo games, so we sure hope he's been enlisted for the DLC.

Unlike the rest of the new Halo 5 DLC, the Voices of War Req pack is not free; it costs $10, which gets you all three announcers. 343 didn't say if announcers will be sold individually. And of course, this add-on is entirely optional and doesn't change the gameplay.

In terms of free content, Halo 5's next update adds "new features, a massive expansion to Forge, and of course many sweet Reqs." Some of this content was teased in a trailer released in November.

One of the new Reqs is the Reach Grenade Launcher; here's what it looks like: 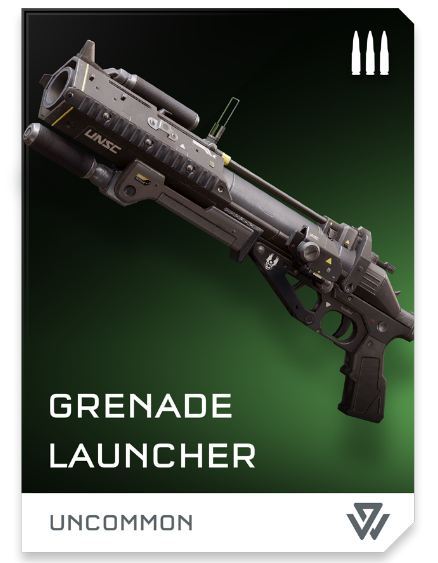 ​
Finally, 343 teased that the new Halo 5 DLC for Xbox One and PC will be released "in a matter of days," suggesting the content will arrive this coming week. Specifically, 343 said to expect the first reveal for the new DLC to take place this coming Tuesday, December 6.

In other Halo 5 news, a Super Fiesta playlists has been added to the multiplayer hopper.

Are you going to jump back into Halo 5 to try out the new DLC when it's released? Let us know in the comments below!