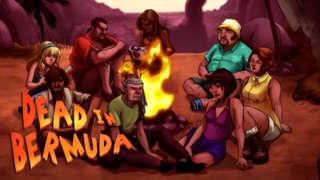 If you're looking for something new to play on PC, EA is offering another free game through Origin. The latest freebie as part of the publisher's "On the House" promotion is Dead in Bermuda, and it's available to download right now at no cost for a limited time.

Dead in Bermuda is billed as a "survival management game with RPG and adventure elements." The title puts players in command of a ragtag band of survivors, who are stranded on a mysterious island after their plane crashes. Players must manage the survivors' hunger and fatigue levels, craft upgrades for their camp from the materials collected around the island, and ultimately uncover the "mysteries behind an ancient atlantean prophecy."

Like previous On the House titles, once you've downloaded Dead in Bermuda, the game will remain in your library permanently. However, EA hasn't announced how long the title will be available through the On the House promotion, so if you're interested in taking advantage of this offer, you should act quickly. You can grab the game here.

Dead in Bermuda isn't the only free title PC players can pick up right now. Twitch has just kicked off its expanded Free Games With Prime program. From now March 31, Twitch Prime subscribers can download five games at no cost from the service, including Shadow Tactics, Superhot, Oxenfree, and Mr. Shifty. Another free title from Twitch, the original Devil May Cry, is also available to download until April 6.