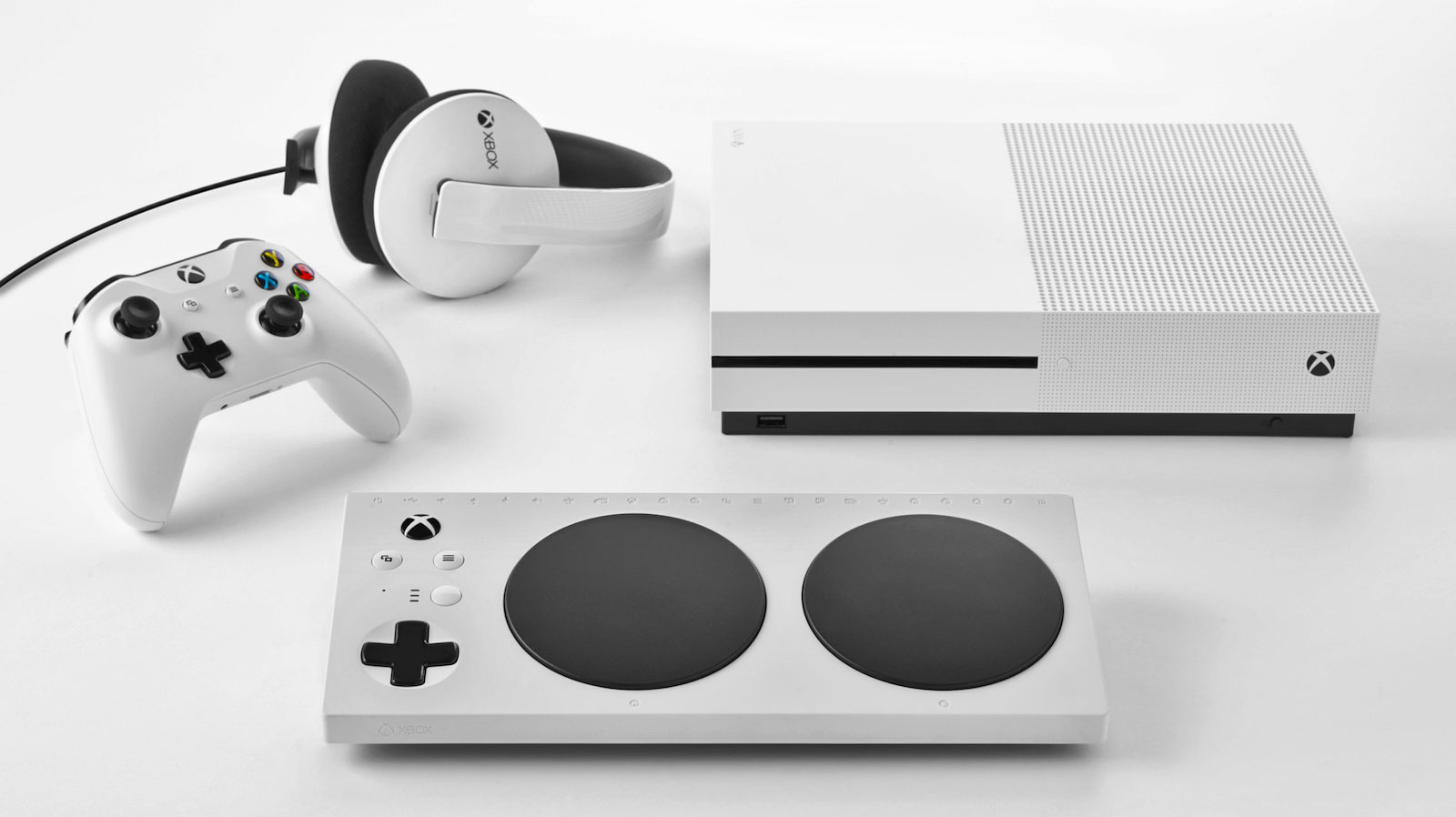 Following a leak earlier this week, Microsoft today officially announced a new Xbox controller designed for people with limited mobility. The Xbox Adaptive Controller, as it's called, will launch later this year priced at $100 US.

In a blog post, Xbox boss Phil Spencer said the new control takes into consideration the needs of gamers who may not be able to hold a controller for a long time or reach all the triggers and buttons. "On our journey of inclusive design, we have taken a wider view of our fans and a more inclusive approach to designing for them," Spencer said.

"By taking an inclusive design approach and considerations of gamers who might not be able to reach all the bumpers and triggers or hold a controller for an extended period of time, for example, we were able to design a controller that provides a way for more fans to enjoy gaming," Spencer added. "On our journey of inclusive design, we have taken a wider view of our fans and a more inclusive approach to designing for them."

Microsoft designed the controller in collaboration with The AbleGamers Charity, The Cerebral Palsy Foundation, Craig Hospital, SpecialEffect, and Warfighter Engaged. "We worked closely with them and directly with gamers who have limited mobility to assist in our development. Our goal was to make the device as adaptable as possible, so gamers can create a setup that works for them in a way that is plug-and-play, extensible, and affordable," Spencer said.

The controller has two big buttons built in that can be reprogrammed to work as any of the inputs on a standard controller using the Xbox Accessories app. Additionally, the Xbox Adaptive Controller supports external inputs from a range of third-party manufacturers, including PDP, Logitech, and Quadstick.

Spencer went on to say that Microsoft has been working on the Xbox Adaptive Controller for "years" already--and it may not be the last piece of kit that Microsoft creates with inclusivity in mind. "We realize that this is only one step along our journey of inclusive design and that we have more work ahead," Spencer said. "This has been a passion project for people around the world, both inside Microsoft and beyond."

The Xbox Adaptive Controller will be sold exclusively through the Microsoft Store. Microsoft will announce more details about the controller during E3, while pre-order availability details will also be shared in due time.