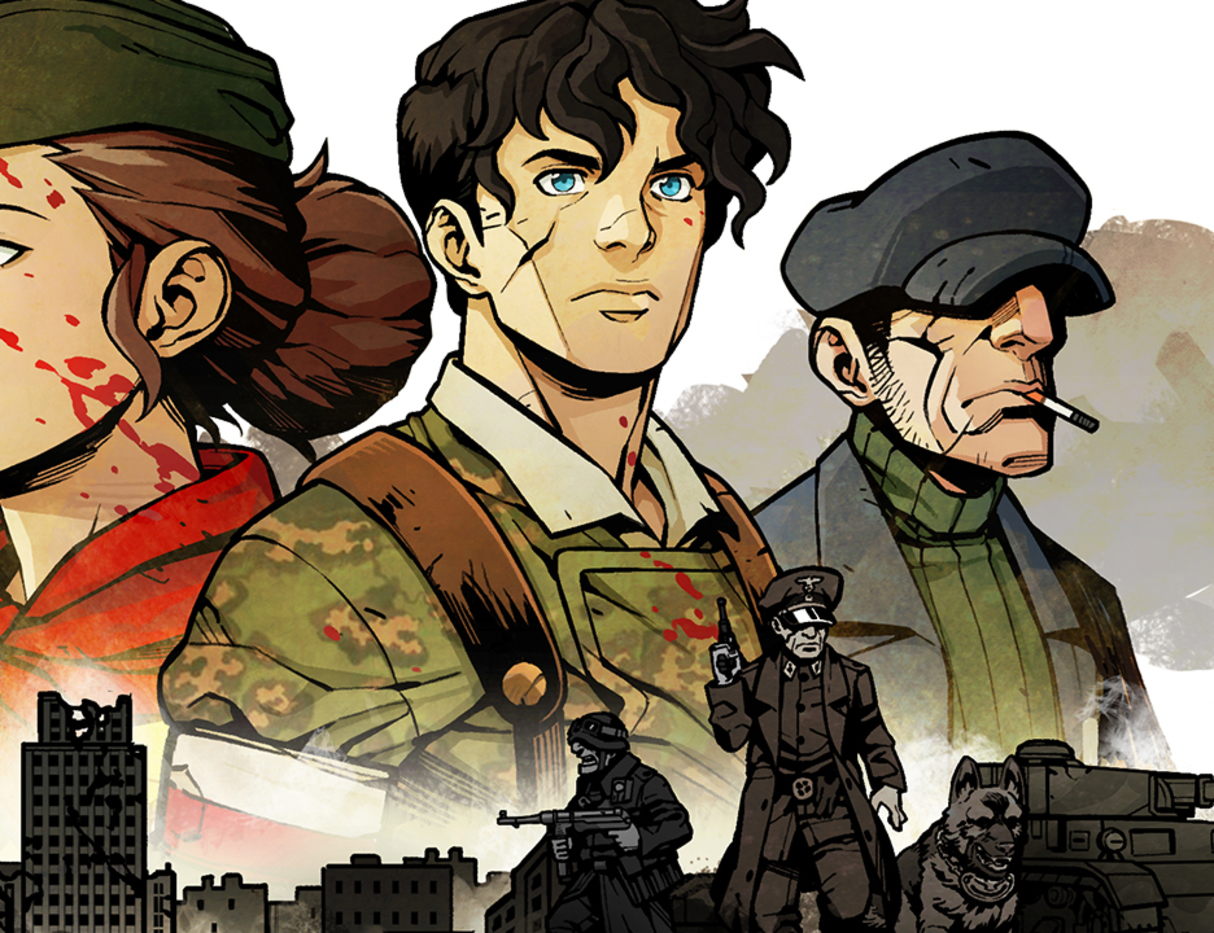 World War II was a global tragedy. There was no victory without a substantial defeat of one kind or another, and for countries like Poland that got caught in the crossfire, nearly all was lost before the dust settled. War Saw is an upcoming strategy game that looks at one of the darkest chapters in Poland's WWII story.

It won't have a happy ending--developer Pixelated Milk doesn't want to rewrite history. Instead, it wants to shine a light on the heroes that did everything they could to take back their embattled homeland, while also recognizing the ramifications of attempting the impossible.

Pixelated Milk says War Saw will focus on a substantial cast of rebels--heroes that must bear the weight of their plight while simultaneously trying to stand tall in battle. Judging by the short clips and teasers we've seen, combat bears a strong resemblance to Darkest Dungeon--a game the team doesn't shy away from acknowledging as an inspiration. "No coincidences here," they say.

"The art style was chiefly inspired by the works of Mike Mignola and his awesome Hellboy series. One of the goals of the artwork was to reflect the innate seriousness of the topic without compromising the overall visual accessibility, and we felt that drawing upon Mignola’s art would help achieve that."

​
Outside of battle you will manage your squad and monitor the ongoing efforts in various city districts, carefully dedicating your attention to where it's needed most. "As districts provide valuable resources for the Uprising," says Pixelated Milk, "it is up to the player to decide what is and what isn't worth saving.

"The game is divided into three major parts/segments: the squad's hideout, the city patrols, and the resulting combat in enemy encounters. We believe most of the time will be spent during the combat encounters but each undertaken mission presents opportunities to delve deeper into the everyday reality of the Uprising through interspersed events and mini-adventures."

The resistance fighters you meet will come from different walks of life, and with different connections to the Uprising. "For example," Pixelated Milk explains, "we have Kazimierz, the street-hustling vendor who considers the Uprising bad for business, but feels roped into active participation due to his unsafe connections with the Polish underground. On the other end of the spectrum, we have Krzysztof, a hothead youth who has joined the fight for idealistic reasons, but the same idealistic fervour makes him hard to work with within the organization. At the end of the day, none of these people as heroes--or villains--but just that: people."

They may not start out heroes, but at one point or another, they will have to fight. Diving into the finer details of combat, Pixelated Milk says "the game’s four primary combat mechanics revolve around balancing activations, stamina, positioning, and ammunition. Across all the weapon classes--all based on weapons historically used--there are quite a lot of different weapon-specific skills that add to the mix. So with enough time, practice, and getting to know which characters, weapons, and skills work best you will have a better chance to face the challenges ahead."

Because every fighter is a key character with a backstory and a unique skill set, when they die in battle, you'll lose not only a close ally but every advantage they brought to your squad. And according to the developer, side quests "may also present dangers--risks that may be mitigated with successful skill checks... or exacerbated dramatically on failure.

"War Saw is an attempt to create something unorthodox about a topic that traditionally does not translate very well into a video game format, and one that remains rather obscure to the world outside our home country of Poland." Fear and loss are cited as key themes, but so too are camaraderie and devotion. If the cinematic teaser above is anything to go by, War Saw won't pull any punches when they all come to a head.

Pixelated Milk's War Saw is heading to PC, PS4, and Switch later this year, and will be publicly playable for the first time at PAX East from March 28-31.