New Update For No Man's Sky Next On PC; Here Are The Patch Notes 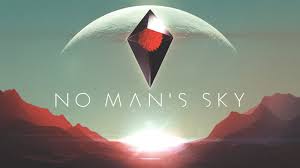 Next, the newest update for No Man's Sky is live and it's implemented some big changes to the game. However, more than a few bugs have appeared on the PC version of the update, so Hello Games has created a temporary fix. Logging into the Experimental Branch on No Man's Sky on PC gives players access to a version of Next where Hello Games has already implemented patches to address crashes and bugs.

To opt into the Experimental Branch, right-click on No Man's Sky from the Steam library page. Select "properties" and then click on the "betas" tab. In the drop-down menu, scroll over "Select the beta you would like to opt into" and then select "Code: 3experimental" when it appears. Opting into the Experimental Branch of Next is completely optional, and you can continue to play in the main version of the game--or switch back and forth--if you want.

In the Experimental Branch, the bug that stopped exosuit technology from converting into obsolete technology is gone. The mapping of old substances to new substances during save upgrades has also been improved. Neither of these changes applies retroactively to previously saved games where the upgrades have already been done. The Experimental Branch simply stops these issues from happening in the future.

The rest of the issues fixed in the Experimental Branch are listed below, and you can find the full patch notes on No Man's Sky's Steam page. Hello, Games will continue to quickly roll out small patches for the Experimental Branch as they are created, before implementing more permanent changes to the main version of No Man's Sky. Sean Murray tweeted that patches are on their way for the console versions of No Man's Sky as well.

No Man's Sky is available for Xbox One, PS4, and PC.