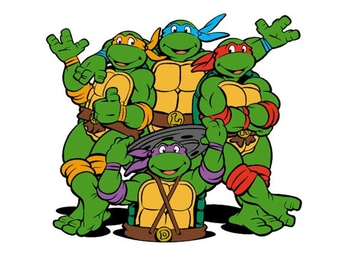 ​
Yesterday Activision Publishing announced that they will be releasing a new game featuring everyone's favorite Heroes in a Half Shell, called Teenage Mutant Ninja Turtles: Mutants in Manhattan. You will take control of your favorite Turtle, party up with some friends and take on the villains of Manhattan, ninja-style. Featuring customizable abilities unique to each character and a four-player online co-op, the game aims to focus on combat and individual play-styles while encouraging coordinated teamwork to save the denizens of the city.

The game will be set in New York City, and you will fight against mutants, aliens, and the ever-present Foot Clan. Bosses including Rocksteady, Bebop and Shredder will bring you that sense of nostalgia while challenging even the most skilled players. You will navigate the city while playing through a brand new story, kicking butt and taking names (and hopefully scoring some pizza along the way).

​
Well-known developer PlatinumGames Inc., creators of popular games such as Bayonetta and TRANSFORMERS: Devastation, have pulled out all of the stops to create to bring us a quite visually-appealing game that is actually very reminiscent of GearboxSoftware's Borderlands series. The story, an original plot, is being written by IDW Publishing's Tom Waltz, the author of the critically-acclaimed series Teenage Mutant Ninja Turtles.

The trailer shows us a small glimpse of the combat, but nothing major in the way of actual gameplay, which is the only disappointing aspect of the release. As the release date gets closer we will likely get some more insight into the gameplay itself, something fans are eagerly awaiting. The developer promises fast-paced, fluid gameplay that incorporates Ninjutsu abilities, combat items and special bonuses to encourage players to perfect their ideal form of combat.

The game is slated to release some time this summer, and will be available on PlayStation 3, PlayStation 4, Xbox One, Xbox 360, and Windows PC via Steam. It is expected to be available in retail and digital versions.
About author