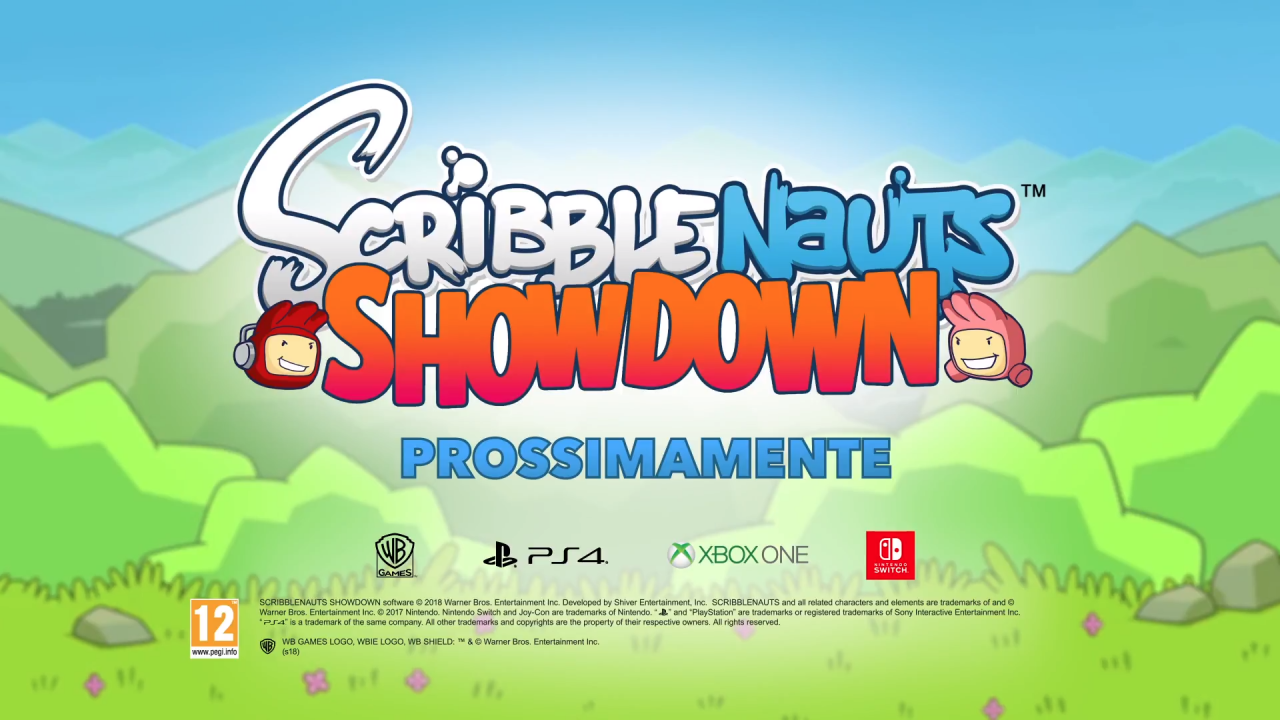 Warner Bros. has revealed a brand new entry in the Scribblenauts series, and it's coming to PlayStation and Xbox for the first time. Titled Scribblenauts Showdown, the word-based party game is coming to PS4 and Xbox One--in addition to Nintendo Switch--on March 6.

The new title is designed primarily to be played with friends: up to four players can partake in "more than" 25 mini-games, which are served up in different forms depending on which mode you select. Showdown is a competitive mode in which finding the best word the quickest is the key, while Versus supplies various mini-games for you and one other friend to battle in, one-vs-one.

Sandbox is a more traditional Scribblenauts mode that will be familiar to fans of the series. Here you can summon a variety of objects--publisher Warner Bros. says over 35,000 items are available in-game--to solve objectives either by yourself or with a friend. Eight new levels are included, as are hidden collectibles and achievements.

The Scribblenauts series made its debut in 2009 on the DS, becoming popular for its creativity in letting you conjure a number of items by simply writing down your desired object. It has since spawned four sequels on various platforms, though none of those successors ever came to PlayStation or Xbox. The most recent in the series was Scribblenauts Unmasked: A DC Comics Adventure, which came to 3DS, Wii U, and PC in 2013. A sixth game in the franchise was planned, but it was canceled after developer 5th Cell ran into financial trouble and was forced to lay off a number of employees. Showdown is being made by the developer of Lucius, Shiver Games.