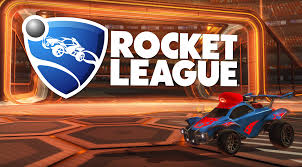 As the name of the update implies, Rocket League's progression system has changed the most. Now, XP is only earned in online casual and competitive matches, and the amount you receive is primarily dependent on match length instead of the overall score. A match needs to go on for at least 60 seconds to earn any XP, and experience scales upwards with every second that passes before maxing at 20 minutes. You'll still earn small bursts of XP for scoring, being the MVP, playing consecutive games in the same casual server, or replacing a bot in a casual match.

There is no longer a level cap in the Rocket League. The Rookie and Semi-Pro titles have been completely removed and Veteran through Rocketeer have all been adjusted accordingly. Here is the new system:


There are additional titles after Rocketeer, each one unlocking every 100 levels. Reaching those titles won't take as long as you might think as each level past 20 requires the same flat rate of XP.

Six new Achievements/Trophies have been added to Rocket League. All six relate to the game's online tournament mode or new club feature. You can start your own club of up to 20 members, and create a custom name, tag, and colour scheme for the group. When club members play together, the stadium changes to reflect the team's colours and name. Getting your club verified by Psyonix labels your club as a real group in the game and prevents others from copying you.

Those are the highlights, but the list of changes in this new update is pretty lengthy. You can view the full patch notes on Rocket League's website. Below is an outline of the major bug fixes that are now live.