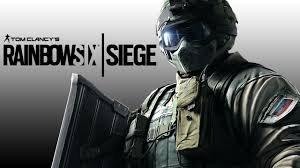 Rainbow Six Siege received a major update, Chimera, in early March to kick off Year 3 of the game. The first patch since then is now rolling out on PC, with a PS4 and Xbox One release to come later this week. Unlike the Chimera update, however, this one deals primarily with fixing things, rather than introducing new content.

Ubisoft has reset its patch numbers for the start of Year 3, making this patch 1.1. It makes changes to both the standard game and the ongoing limited-time Outbreak mode. Many of the adjustments don't directly impact gameplay, such as overlapping text in the shop menu and equipped cosmetics resetting to the default options when your connection is lost. Others are just funny, like Ash's eyes not being aligned correctly on the MVP screen while wearing the Sidewinder Elite uniform.

Other, more serious problems are addressed. That includes characters being invisible when a last-minute Operator change is made and the missing revive icon and timer when a hostage is in the DBNO state before being escorted. R6 Credits not showing up after they're purchased has also been resolved.

On the Outbreak side, the bugs addressed are not terribly serious for the most part, although turrets will no longer be rendered unusable (and unable to be picked up) when they run out of ammo. Additionally, Buck will be able to refill the ammo for his Skeleton Key while his secondary weapon is equipped.

You can check out all the changes in the patch notes below, which were shared on Ubisoft's website.
Rainbow Six Siege Year 3 1.1 Update Patch Notes