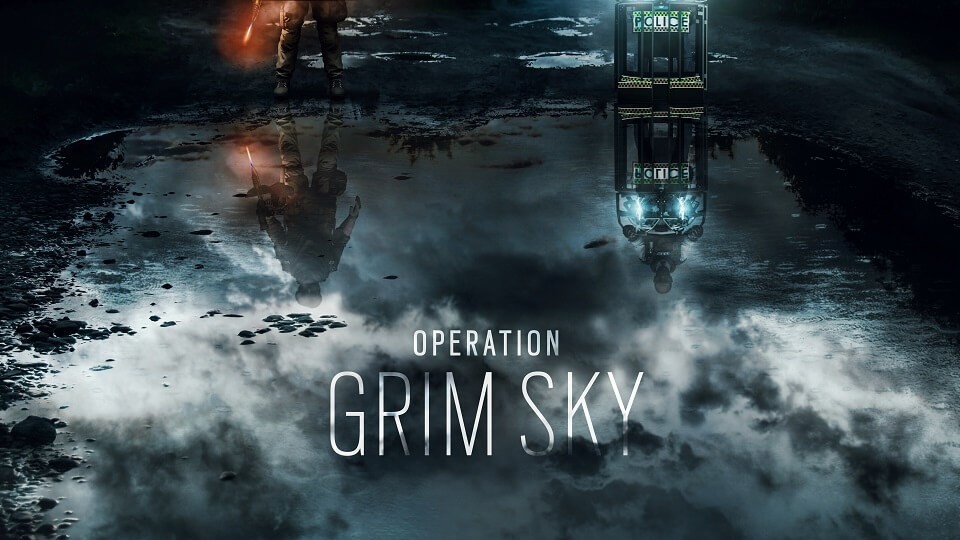 The next Operation for Rainbow Six Siege adds two new Operators and a map rework to the game. Titled Grim Sky, the Operation is a part of Siege's Year 3, Season 3. It follows Season 2's Operation Para Bellum and Season 1's Operation Chimera.

According to Rainbow Six Siege's blog, Operation Grim Sky adds Operators from two different organizations. The first is a Defender from Great Britain. She's a tough police officer who's an expert on mob behavior and snatch-squad tactics. She knows she belongs on the front line and she won't tolerate any nonsense. The second is an American Attacker, a specialist with a remarkably sharp mind when it comes to tactical operations. He has seen the worst in Kabul. Despite it all, he fell in love with the city. Legendary for his surgical precision, he remains an enigma within Rainbow Six.

Operation Grim Sky also adds a map rework for Hereford Base. Hereford Base was one of Siege's first maps--introduced in the beta--and also acted as a tutorial area. The map will receive an overhaul for competitive play.

Like the Operations before it, Grim Sky also implements several gameplay updates to Siege. It addresses weapon sights misalignment and adjusts Operator idle picks on all systems. It also scales resolution on consoles.

The full reveal of Operation Grim Sky takes place during Six Major Paris, which occurs August 17-19. The event will be streamed live via Twitch. Rainbow Six Siege is available for Xbox One, PS4, and PC.