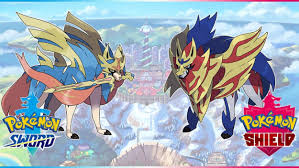 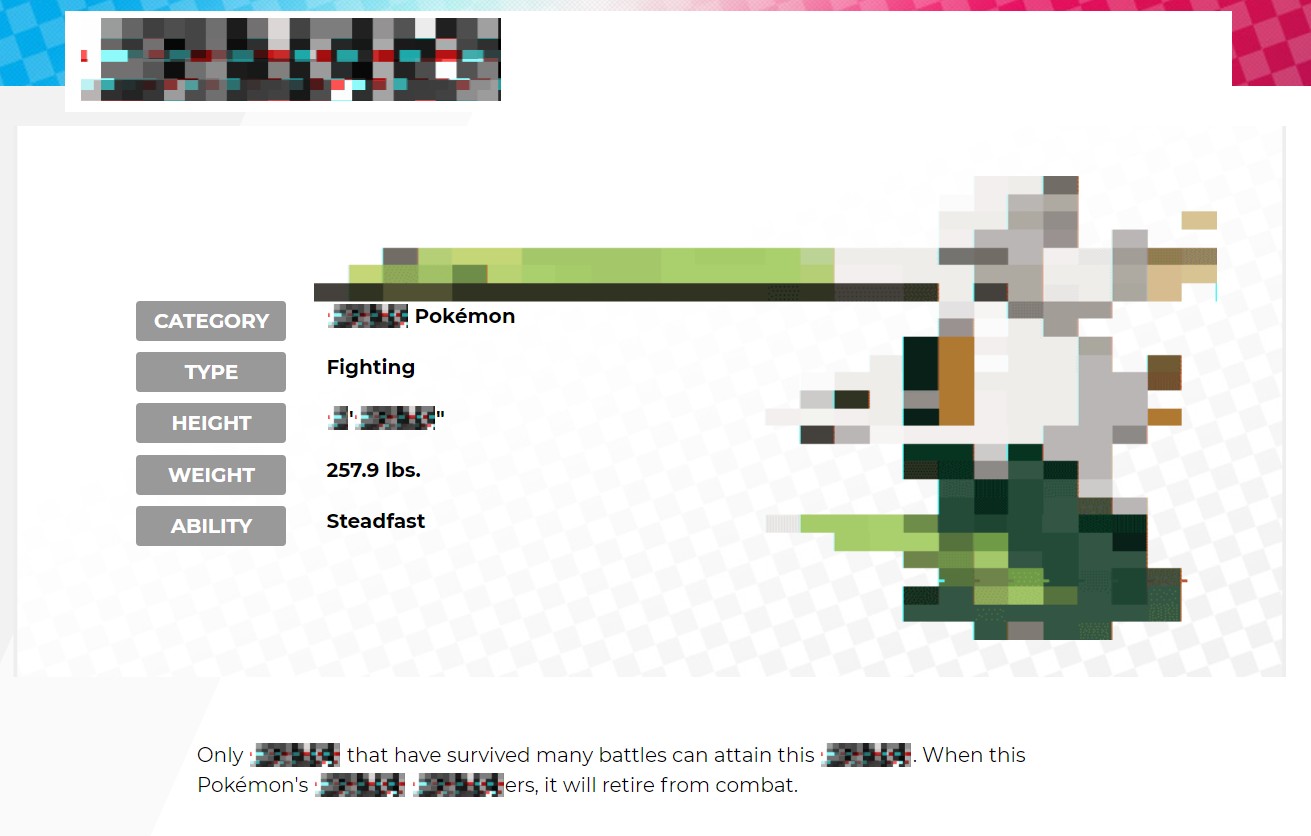 Pokemon Sword and Shield's release date of November 15 is fast approaching, with new information about the Nintendo Switch games coming all the time. Now, we've got our first glimpse of a new Pokemon who looks a little familiar.

The official Pokemon website currently features a fun, intentional glitch whereby an unknown creature moves around the screen, evading your mouse. Once you manage to catch it, you're taken to a Pokedex listing for the monster, but many details, including the image, name, and parts of the description, are obscured.

What we do know is that the creature is a Fighting-type who weighs 257.9 lbs. It possesses the Steadfast ability, and its description reads: "Only [BLANK] that have survived many battles can attain this [BLANK]. When this Pokemon's [BLANK] [BLANK]ers, it will retire from combat."

While the creature's glitchy appearance has drawn comparisons to Pokemon Red and Blue's MissingNo bug, some fans have speculated the unknown creature is actually an evolved form of Farfetch'd. Others say it could be a successor to Marowak. What do you think? Let us know in the comments below!
Elsewhere, it recently emerged that Pokemon Sword and Shield may utilize autosave for the first time in the mainline series' history. A recent trailer also brought us a glimpse at new Gen 8 Pokemon, trainer customization, camping, and more.