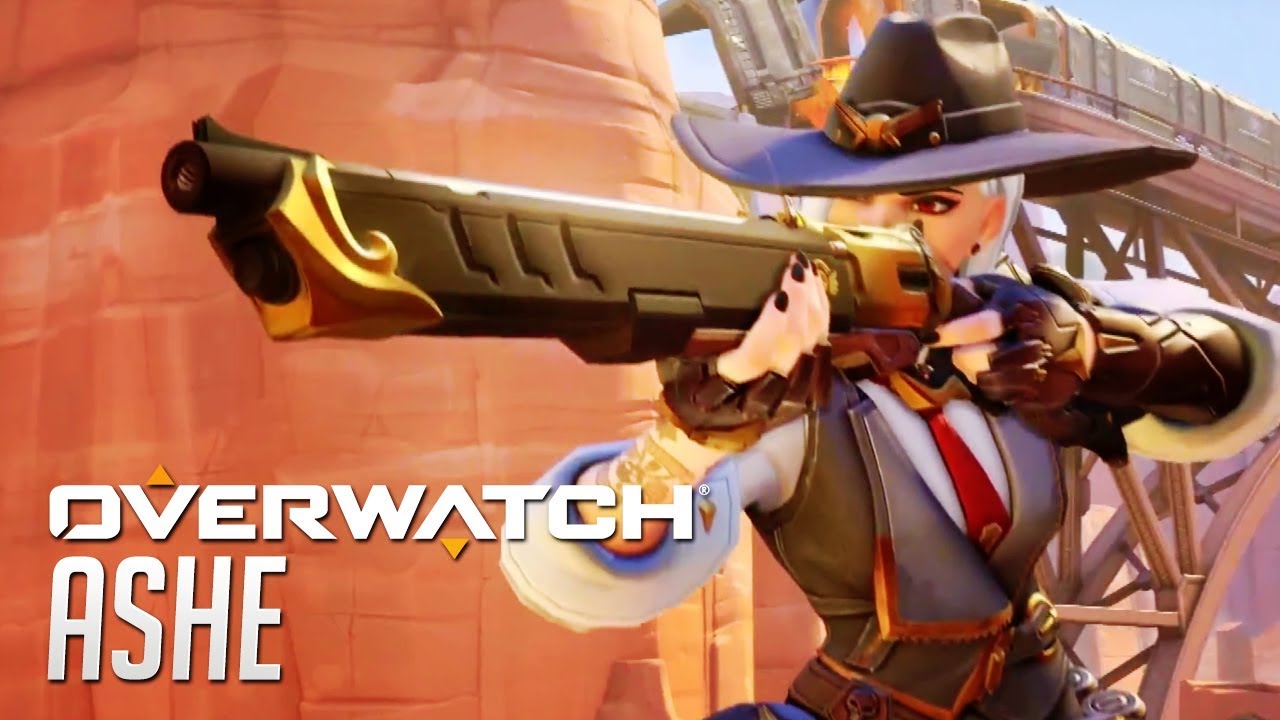 ​
As revealed during the BlizzCon 2018 opening ceremony, Overwatch is getting a new character: Ashe. Based on what we've seen so far, the leader of the Deadlock gang will mix up the existing rhythms of gameplay in a major way. Following her announcement, Blizzard held the Overwatch: What's Next panel and went into detail about the character, specifically her story, the design ethos behind her creation, and how she plays.

During the panel Michael Chu, lead writer of Overwatch, explained that Ashe--like most other villains in the game--came from a wealthy, privileged background. Her parents were CEO coaches and she had everything she could ever want. However, a chance encounter with McCree opened her eyes to the criminal world. Together, they committed crimes and Ashe found herself to be good at it, eventually deciding she could distinguish herself in the world of villainy.

With McCree and two other, nameless figures, she founded the Deadlock gang. They did big heists to make a name for themselves as they endeavored to write their names in the legend of the wild American west. Ashe's background and upbringing also allowed her to take lessons from her parents and use them to organize the gangs so they operate better, effectively establishing a criminal brotherhood. B.O.B (Big Omnic Butler/Bodyguard) is a companion character that is always by her side and also factors into the way she plays in a big way.

Discussing her design, lead designer Geoff Goodman said they wanted another weapon-focused character in the game, and this thinking has defined the way Ashe plays. Ashe's main weapon is called "Viper" and it's a lever-action rifle with two firing modes. In the primary firing mode, it spits out bullets fast. However, in the alternate firing mode it's a little slower as Ashe looks down a holographic sight for precision shots. In this mode, the Viper must be reloaded after each shot, but when firing, players will have quite a lot of control as recoil is relatively low.

In terms of abilities, the Coach Gun is a secondary sawed-off shotgun-like weapon that does a decent amount of damage, but is mainly used to create distance. On impact, it knocks Ashe and her target away, which will be very handy for getting a rampaging Winston or a charging Reinhardt off you. In these situations, you can also use it to knock enemies into the air, then use the juggle state to fire off some precise shots using the Viper.

Her next ability is Dynamite, which does a lot of damage but takes a while to explode. This is because its fuse needs to burn out fully before igniting the explosives. However, by shooting it manually, the detonation can be forced, though this naturally takes a steady hand to do.

Her Ultimate ability is something completely new to Overwatch: a secondary support character for Ashe. When she pops her Ultimate ability, B.O.B leaps in from behind her and runs straight forward. The first character he connects with is smashed into the air, while other characters in the splash zone will also be knocked away. Although players can use abilities to escape him, if they're hit, they'll have no air control, leaving them open to being picked off by Ashe or other characters.

B.O.B will eventually stop moving forward and unleash a hail of gunfire. Interestingly, B.O.B functions almost like a second character in that he can be healed, buffed, and debuffed just like anyone else. This means that, for example, an Ana can Nano Boost him to up his damage output. If he's able to get into the back line of an enemy team, he could be devastating, so when he appears, he's very much intended to be a high-priority target.

Ashe was revealed through a new animated short called "Reunion." As you may have guessed, the cinematic reunites Ashe with McCree, and explores some of their history before everything descends into chaos. There's a whole bunch of other characters in the short which could be new characters in their own right, in Blizzard's own words, but for now we've got the deadly leader of the Deadlock gang.