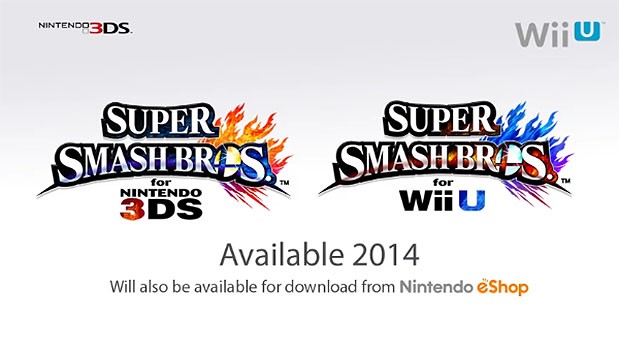 Earlier today, Nintendo announced that there will be a Nintendo Direct Broadcast which will focus on the new Super Smash Bros. games that will be coming to the Wii U and the Nintendo 3DS sometime in 2014. Although these upcoming games were first announced at E3 in 2011, this broadcast will most likely give the public some more specific details about the games themselves. For those of you who somehow have not heard of the Super Smash Bros. games, these titles involve players controlling various characters from Nintendo-titled games and pitting them against each other for battle. These two upcoming games, which will have the same characters but exclusive stages, trophies, and collectables, will make up the 4th installment for the Super Smash Bros. Series.

The aforementioned Nintendo Direct Broadcast will be streamed directly from the Nintendo Direct website on April 8th at approximately 3pm PT / 6pm ET. Those living in the UK will be able to tune into the broadcast on the same day at 11PM GMT. Unlike previous Nintendo Direct Broadcasts, this one will certainly build up anticipation because it is being announced four days in advance as opposed to the normal one-day-notice. Undoubtedly this move was made by Nintendo to grab attention from its fans and to allow gossip and eagerness to build up across the gaming community. Some may argue that the Super Smash Series is Nintendo's best series altogether, and because of its wide fan-base, it seems only appropriate to make a fair commotion about the new title.

Specifically speaking, it is not known to what extent details of the game will be discussed during the broadcast. It is reasonable to believe that the story mode, various game modes, and stages will be discussed or alluded to. Personally, I would hope that some character reveals and a release date will be touched on. Of course, I am being eager here, but my fingers are crossed! There are already 24 confirmed characters, but the more the merrier is where I stand on that aspect! Several stages, collectables, and usable items have also been confirmed. If you want to get the specifics of what is known about the games thus far, I recommend heading over to IGN's Wiki page (link below). The Super Smash Bros. Series has not been to known to disappoint, and I am going with my gut-feeling that these new titles will not disappoint either.