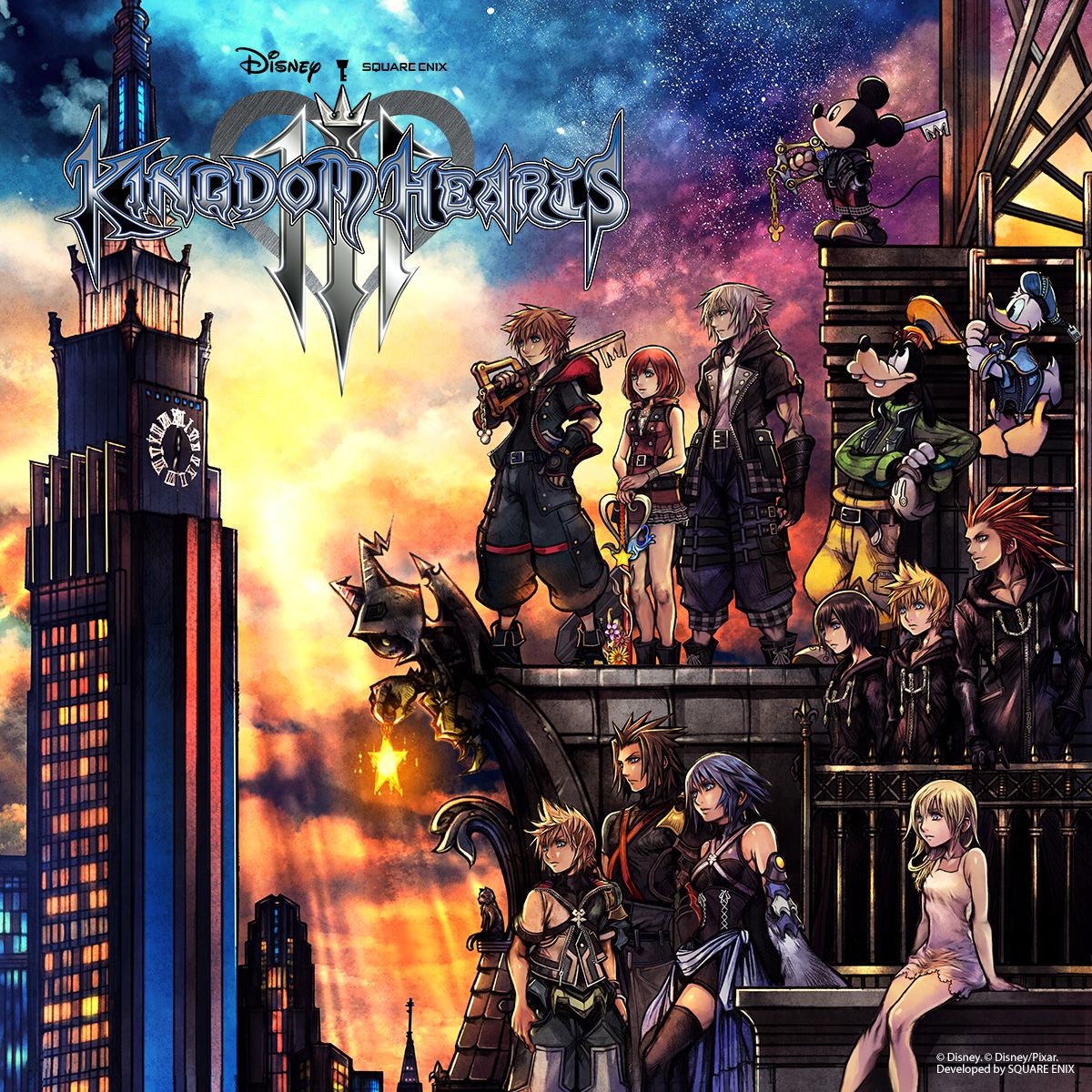 Square Enix has released a new trailer for the long-awaited Kingdom Hearts III. An extended version of the Big Hero 6 video released earlier this month, the new video is presented in Japanese but you can use closed captions to get English subtitles.

The video showcases numerous familiar Disney characters such as classic ones like Mickey Mouse, Goofy, and Donald Duck, as well as Baymax, Elsa, and Jack Sparrow. They appear alongside Kingdom Hearts series protagonist Sora. The video also shows off Sora's Big Hero 6 keyblade transformation, so be sure to look out for that and other new elements.

Additionally, the Kingdom Hearts III cover art designed by Tetsuya Nomura has been released. The beautiful art showcases a number of different characters staring into a colorful sky.

Kingdom Hearts 3 is set to release on January 29, 2019, on Xbox One and PS4. For more, check out all of GameSpot's previous written and video content here.