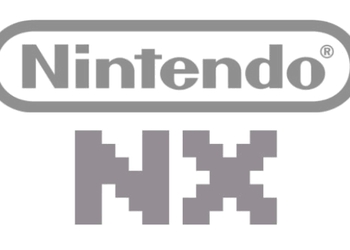 ​
Two days ago some new information on Nintendo's upcoming NX was leaked. From the year its production began, to its hardware capabilities; and it's all coming from a very reputable source. This source has been responsible for many credible leaks in the past such as: leaking that a Pokémon game would begin use of a full 3D engine (Pokémon X & Y), that said game would introduce new types of Pokémon and older Pokémon would gain new abilities and forms, as well as many other legitimate leaks.

Production for Nintendo's NX allegedly began in 2014 and is considered to be the last project of their now deceased president, Satoru Iwata. Nintendo is very motivated to release an excellent console and games to accompany it. The source of these leaks has provided a quote from a Nintendo employee, that being "They have not seen this much forward momentum on a project since they launched the original Famicom." This may be a huge step forward for Nintendo and their trek into the next generation of platforms.

It is going to be presenting a plethora of new features such as a wireless HDMI dongle that will sit flush on the device. A user can unplug it and insert it into a display that supports a normal sized HDMI output and make use of a new, upgraded form of the Wii U's streaming feature to stream in HD to said display. The analog sticks will now allegedly feature small motors with full haptic feedback. Essentially mimicking physical results from actions such as a jerking motion when firing a gun, taking damage, moving over rough terrain etc. Through the use of Bluetooth, it will be able to sync to just about anything. Smartphones will make use of this by displaying text messages from your phone and being able to answer phone calls. Pokémon Go should be used as an example of how Nintendo is planning on taking their social and multiplayer features to the next level through the NX.

Its supposed hardware capabilities and attributes sound very promising, especially considering how Nintendo has felt a bit behind PlayStation and Xbox in terms of graphical standards. In terms of raw power, its closest comparison will be an Xbox One. Its emulation functions and compiler are going to be extremely useful. Essentially any game that can run on Xbox One or PlayStation 4, will be able to run on the NX with nearly zero modifications needed. Perhaps it's why they hesitated to send out dev-kits until so late. One 3rd party developer has had this to say in regards to it, "It’s the easiest device we’ve ever developed for. You just take your code, compile it and it works."

Its ease of use and functionality are going to be impressive. Developers have described is as a cross between a Samsung device and a Nintendo 2DS. Apparently it looks friendly but completely foreign as to what people have grown to expect a Nintendo device to look like. Its new OS is going to be a force to be reckoned with, dubbed "NintendOS" it will be boasting some significant power and many modern features of mobile operating systems. Apparently Nintendo has been very careful in regards to showing off its OS in fear of it easily being mistaken for Android OS.

The more we hear about Nintendo's new NX, the more it looks to be very significant. Nintendo having a strong contender against Xbox One and PlayStation 4 will certainly be an interesting thing to see. With the credibility and accountability this source has, chances are that all of this can be accurate and legitimate. Maybe we'll see a full reveal and demonstration of it this year, it is certainly going to be an exciting time for Nintendo and their fans.
About author