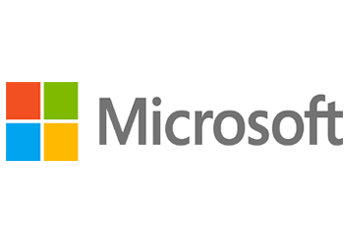 ​
With the recent news regarding HTC's Vive, it was obvious it wouldn't be long before we heard from another company about their plans, and it ended up being Microsoft. 3 days ago Microsoft broke the ice and released some details on their upcoming HoloLens. With the announcement of devkits being available for pre-order accompanied by various software and applications, the time has come for people to get their hands on this interesting device.

You're really going to have to be a legitimate developer though and have a hefty $3,000 to shell out for it. If you can meet those prerequisites you'll be among the first to experience what Microsoft is calling "The world’s first untethered holographic computer." Devkits will be shipping out to these select few on March 30th. Microsoft will be including seven games/apps in an effort to encourage developers to build their own. Six to start with and another will be released this summer.

HoloStudio is first on the list of Microsoft's included apps. It will allow users to create 3D objects through the use of, gestures, voice, and HoloLens' gaze feature. It's far from simplistic and Microsoft is including it for the sake of proving to potential developers that apps and games can be complex too.

Skype will be featured in a very interesting way. You'll be able to have a video chat between to HoloLens whilst seeing each other's holograms. You'd be able to do things along the lines of drawing objects in each other's surroundings. This could make for quite a change for how people use Skype.

Something similar to a travel app you may use is something being referred to as HoloTour, the third and final app to be included. It's being designed to reproduce and display 360-degree panoramic views of locations like Rome or Machu Picchu. No word on if this will support multiple users in the same instance or not, but it certainly sounds really interesting. It's essentially Google Street View on steroids.

Microsoft will be including three games with its development edition of HoloLens. Those four being Fragments, Young Conker, and RoboRaid. Fragments is a sort of crime-drama that will take place in your living room. Characters will appear and sit on your couch and begin to start conversations with you. It would certainly be weird to see. Young Conker seems to be a rather typical platformer, hopefully keeping its predecessor's sense of humor. RoboRaid looks to be a simple shooter though the gameplay definitely sounds like something very different. Through the use of spatial sound, you will be guided around an alien invasion taking place right in your living room. It's like something straight out of a sci-fi movie.

In terms of hardware, we have a bunch of information that sounds completely foreign. Automatic pupillary calibration, holographic resolution of 2.3m total light points, and a holographic density of >2.5k radiants, inertial tracking via accelerometers and gyroscopes. You guys still with me? Ok on to some more easily understood specs, four environment standing cameras, a depth camera, and four microphones. HoloLens will be weighing in at 1.25lbs and will be lasting 2-3hrs per charge.

Microsoft is aiming to go above and beyond virtual reality with this, it's now augmented reality. There's no saying for certain whether everything will work the way we imagine it would, but regardless this will be quite the gadget to keep an eye out for. I recommend reading up on it to catch anything I didn't cover. If you happen to be a developer with $3,000 to spare, you may be in for quite the treat.
About author