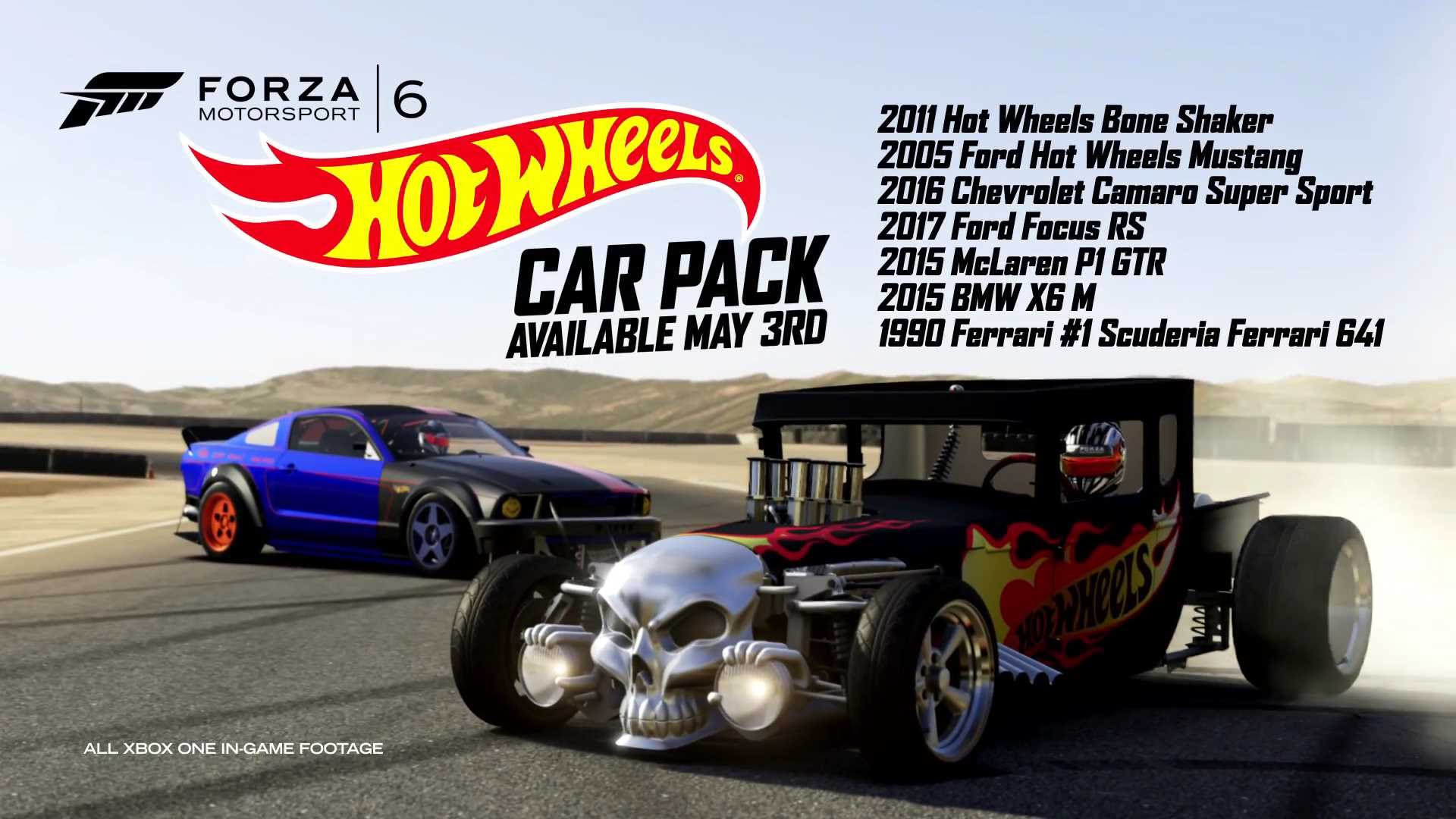 
These new roads are also home to boost pads, half-pipes, big jumps, and other, cosmetic elements, such as a giant mechanical dinosaur seen toward the end of the trailer above.

In addition to racing along these pre-made tracks, you can use a Stunt Swap feature that allows you to modify "stunt track sections." These can then be sent to friends for them to try out.

Ten Hot Wheels vehicles are included in the DLC, such as the 2012 Rip Rod and 2011 Bone Shaker, as well as a mystery Barn Find car to discover. Here are the nine confirmed rides:

This is Horizon 3's second major expansion, following the excellent Blizzard Mountain. The open-world racing game has also received a number of additional vehicles through DLC.

Hot Wheels launches for Horizon 3 on May 9 for $20. It's also included in the $35 Expansion Pass that comes with Blizzard Mountain.

Also coming on May 9 is an update for the game. Few specifics were shared, but we know those playing the PC version will receive support for "numerous popular driving wheels" in addition to improved CPU performance and new graphical options.