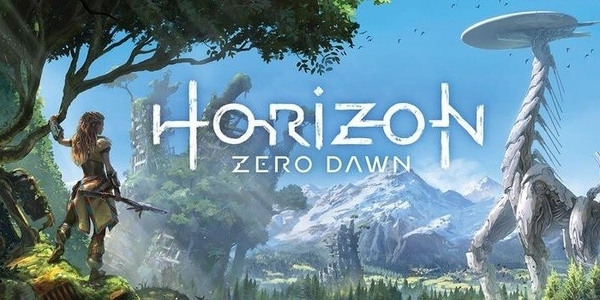 ​
With Paris Games Week in full swing, we’ve had the opportunity to see a few updates to previously known games, while also catching a glimpse of many new titles that are just being revealed. Out of all of them, Horizon Zero Dawn is one upcoming PS4 exclusive that I’ve had my eye on since it’s official premiere back at E3 2015. Following the yearly event, the developers have been slowly revealing more gameplay and details for their adventure game that incorporates futuristic robot creatures with primitive tribes, while also infusing RPG elements for a truly unique experience.

As Paris Games Week officially began Tuesday, there’s been a slew of new PlayStation 4 titles added to Sony’s upcoming lineup, and there’s also been some impressive new gameplay footage released publicly for Horizon Zero Dawn. In this new footage we can see some of the integral features come to light such as a HUD beginning to form, along with the complex combat system which will need to be mastered in order to defeat some of the larger enemies in the game. The gameplay starts off with the main protagonist, Aloy, in search of a vital resource that one of the fellow tribes sent her on a quest to recover. This resource is the material found on the backs of one type of machine known as Grazers. However, it is not yet known why the tribes need this specific material, what it will be used for, or how exactly the machines have come about in the world of Horizon Zero Dawn, as the developers plan to maintain the secrecy of these key factors.


​
The HUD was also an important component that had not been shown up until now, and although the art of it is not yet final, the tribal and RPG elements certainly start to emerge with the appearance of an arrow-shaped health bar and the level/experience bar. Furthermore, there is a compass in place of a traditional minimap for the open world style of exploration, and also to display the locale of quests. In addition to the HUD, it was also shown that the game will feature damage value for attacks, and the ability to collect plants or loot destroyed machines for resources. All of which which further adds to the RPG elements at the core of Horizon Zero Dawn.

Moreover, this new footage has shown that we can set up explosive tripwires and create distractions to cause certain species of machines to run into the traps, as some of them have herd-like characteristics. In conclusion, the very distinct combat tactics were demonstrated when engaged in battle with the massive Thunder Jaw enemy. This aggressive type of machine has ninety-three destructible armor plates which all have their own health value, twelve different attacks, and strategic weak points that will need to be exploited in order to take it down. All in all, players will want to keep in mind that they can knock off the Thunder Jaw’s disc launcher, using it’s own weapons against it as the best way to eliminate one of these colossal enemies.

Horizon Zero Dawn does not have an exact release date just yet, but is expected to launch sometime in 2016 as a PlayStation 4 exclusive.