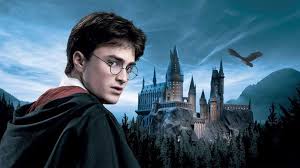 Warner Bros. recently created a new label specifically designed to publish Harry Potter games. Off the back of that announcement last month and the reveal of a new Pokemon Go-like game titled Harry Potter: Wizards Unite, the company has now unveiled another new game set in the Potter universe. Called Harry Potter: Hogwarts Mystery, the new title is a narrative RPG set in the famous school for witchcraft and wizardry, and it's coming to mobile in 2018.

Warner Bros. and developer Jam City say the new game will allow players to "create their own character and experience life as a Hogwarts student" by "progressing through their years" at the school. Along the way, you can participate in magical classes such as Defence Against the Dark Arts, Potions, and Duelling Club.

Warner Bros. hasn't revealed anything more about Hogwarts Mystery as yet, except that it's coming to iOS and Android. It will join Wizards Unite, which is also launching on mobile next year. That game will see you roaming the real world collecting power-ups, defending locations, and exploring your environment, much like Pokemon Go. Warner Bros. has also teased that a new Harry Potter game is in the works for consoles, but nothing else is known about that project for now.

There have been many Harry Potter console games over the years, but none recently. The eight movies got their own tie-in games from Electronic Arts, while Lego Harry Potter versions from Warner Bros. came later. Additionally, there was a Quidditch-themed game called Harry Potter: Quidditch World Cup. A Harry Potter Kinect game was also released.