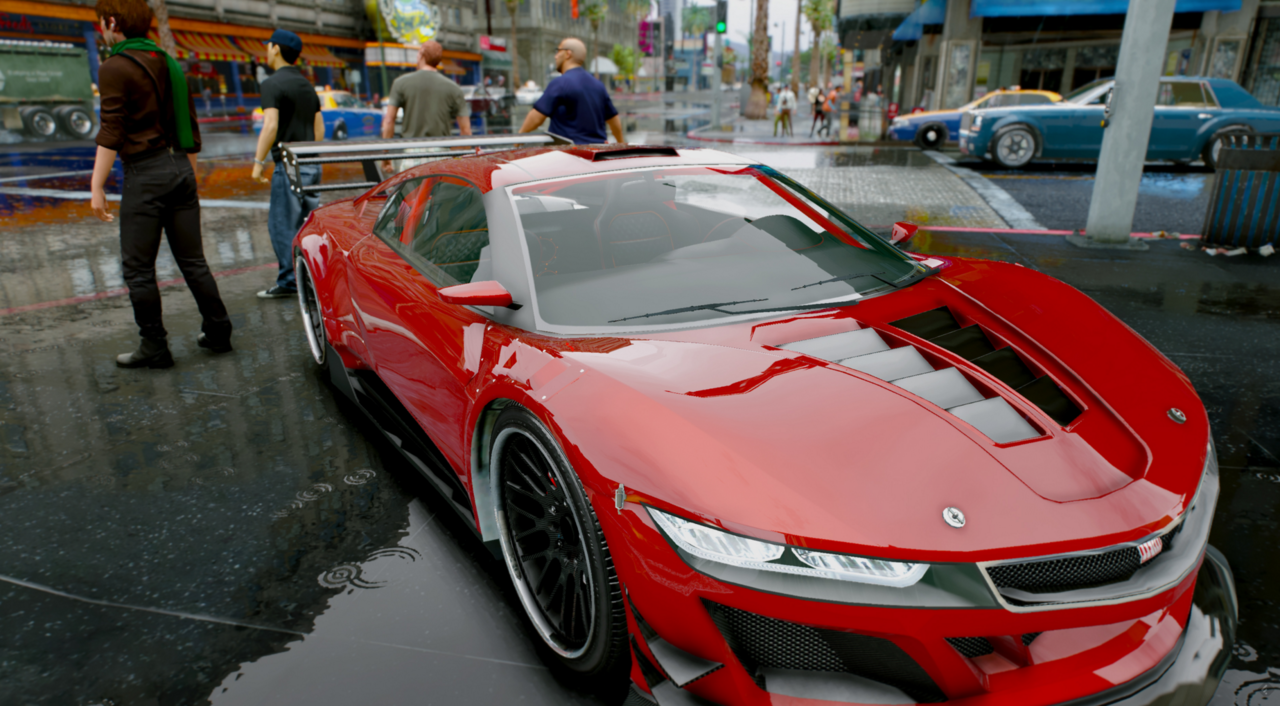 ​
As if the completely restored PC version of Grand Theft Auto 5 wasn’t graphically stunning enough, people from all over continue to amaze the modding community by creating even more fascinating mods to add into the game. Maintaining that same consistent flow of outstanding mods has introduced us to the Tsunami mod, the RPG mod which adds in skill trees and jobs to add to the replayability of the game, and even an enhanced luxury safehouse known as Marlowe Valley that includes a massive mansion and landing strip. If all of those and more weren’t enough to satisfy your modding needs, there is now ‘The Pinnacle of V’ mod that was created by multiple modders working in tandem to construct a completely revamped version of GTA 5 that has never been seen before.

To start off, the main components The Pinnacle of V offers are the unmistakably enhanced graphics and lighting, which have seen a complete and total revamp. But this mod did not stop there. It also has a texture overhaul that encompasses everything from the clouds in the sky, down to the grass and plants all over the city. This overhaul is not just a simple improvement, as they are entirely new textures being brought into the game, and have all been converted into 4K quality definition. In addition to that, there is also the new Reshade and ENB configurations that boost the overall color balance. As can be seen in the photos in the imgur gallery and the video below, this graphical improvement is by far the most visually stunning that has been made available to GTA 5 since was released onto PC. I recommend viewing any of the imgur photos in full resolution to fully capture the graphical improvements.


​
The visual reconstruction is not all that this new modding project offers, though. The Pinnacle of V will also come with a reworking of the in-game vehicle handling. This addition is said to be a significant improvement over the standard driving experience. Literally every single air, land, and sea vehicle has been tweaked in just the right ways to produce more realistic deformation, crash physics, top speeds, weight, handling, avoidance control, ai control, and more. With the driving mechanics upgraded, the creators behind The Pinnacle of V also decided it was only right to increase the overall population in GTA 5. When using this mod, the amount of pedestrians will now increase around the city, all pertaining to the certain time of day and time of the week. Furthermore, police patrols on foot and in vehicles, along with all DLC vehicles have been added into the regular flow of foot and vehicle traffic. So now when you’re in the middle of your wild GTA antics you’ll need to stay aware of the current time and location you’re in, or you may just get stuck in rush hour traffic.

​
Some of the last main features this mod will have are the thorough upgrades that weapons and weapon mechanics will get, but also the improved relationships between characters and animals. Every single weapon now has a new custom firing sound that will replace the originals, adding to the sheer realism that is being strived for. Not only that, but all weapons will have much more realistic recoil and bullet travel speed, meaning that bullets will no longer go directly from barrel to target, but will instead take a realistic period of time to reach their destination. Moreover, certain materials can now be shot through, while other in-game objects like fences can now be shot apart. Whereas they would originally just take the infinite bullet holes without causing any actual damage.

In terms of improved relationships, police and gangs will now battle it out in the streets, while the main protagonist will have a chance to enjoy better encounters with any in-game animals. All in all, The Pinnacle of V looks to be living up to its goal of being a GTA 5 enhancement project. The creators have touched base on almost every facet of the in-game experience, and have come away with an outstanding modification for PC. Every feature of this mod has been listed in the spoiler below, and you can download it here if you’d like to experience GTA 5 at what seems to be its highest peak performance yet.

Source | The Pinnacle of V
About author