New Fortnite Update Out Now; Here Are The Patch Notes 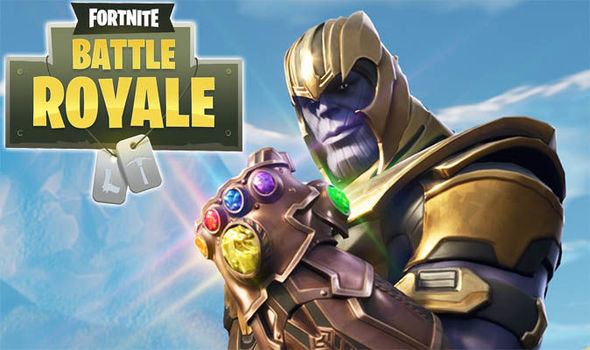 While not nearly as significant as Fortnite's big 4.0 update that kicked off Season 4, Epic Games has released a new update, v4.1. It introduces some new content for both Battle Royale and Save the World modes, but undoubtedly its biggest addition is that of a new limited-time mode. Infinity Gauntlet is the recently announced Avengers: Infinity War crossover mode where you can play as Thanos himself.

The new mode is solo-only and plays much like a normal match. However, a meteor eventually crashes, leaving behind the Infinity Gauntlet for one play to wield. This transforms them into Thanos and prevents them from building or using weapons, but it provides them with significant powers to lay waste to the competition.

Otherwise, many of the changes on the Battle Royale side are bug fixes, although there are some other notable additions in the full patch notes. Most significantly, the likelihood of the final circle being located toward the outer edges of the map has been increased by 25%. Previously, matches were very likely to end toward the inner areas of the island, but Epic says this should "improve the variety of ending scenarios to outside the central region of the map."

Players can also now join the party of players who are currently in a match. While they'll still have to wait for the match to end to begin playing with those party members, it will let them get updates on things like how many players are still alive.

One other thing to be aware of is specific to Fortnite Mobile players. The auto-run feature added in the 4.0 update has been disabled "due to some unintentional actions occurring when using it." So if you're wondering why you aren't being prompted to enable auto-run after moving for several seconds, it's because Epic has removed that prompt for now.

Fortnite's Save the World mode typically doesn't get the same level of attention as the much more popular Battle Royale, but it does get a nice piece of new content with this update. A new light machine gun called the Hacksaw has been added, which Epic says is "best used when stationary, aiming down the sights and firing in short bursts."

Update 4.1 releases alongside not only the aforementioned Infinity Gauntlet mode but also Week 2 challenges for Battle Pass owners. These leaked ahead of time and involve using Hop Rocks and dancing in front of film cameras.