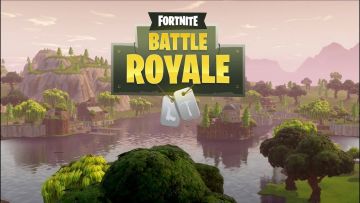 Fortnite's 4.2 content update is now available, and along with finally introducing jetpacks to the game, it marks the beginning of a new limited-time mode in Battle Royale. The second iteration of the Solid Gold event is now underway on PS4, Xbox One, PC, and iOS, and as before, the theme of the mode is Legendary weapons.

Every weapon that players find while playing Solid Gold v2 will be of the Legendary variety. Developer Epic has also adjusted the drop rates for each weapon. Now, players will have a high chance of finding the Hand Cannon and Suppressed Pistols as floor loot; the Assault Rifle, Minigun, and Sniper Rifle will appear most commonly in chests; and the Rocket and Grenade Launcher have the highest chance of appearing in supply drops.

On top of the adjusted weapon rates, Epic has also increased the drop rates of Chug Jugs, Slurp Juice, Shields, Launch Pads, Campfires, and all Special Grenades. Meanwhile, the drop rates of standard Grenades, Spike Traps, and Bandages have been decreased. Players will also get 50% extra stone and metal resources from farming.

As is commonly the case, Epic hasn't announced an exact end date for Solid Gold v2, but limited-time modes in Fortnite traditionally run for about a week. You can read more about the special event in the patch notes on the official Fortnite website.

On top of Solid Gold v2, another limited-time event is slated to start very soon in Fortnite: Battle Royale. Beginning Friday, May 25, players will be able to participate in Close Encounters, a new mode that revolves around "close quarters combat" using jetpacks and shotguns, which will be the only types of weapons that spawn in the mode. Additionally, the storm moves in more quickly than usual in Close Encounters, and each match typically lasts about 15 minutes.