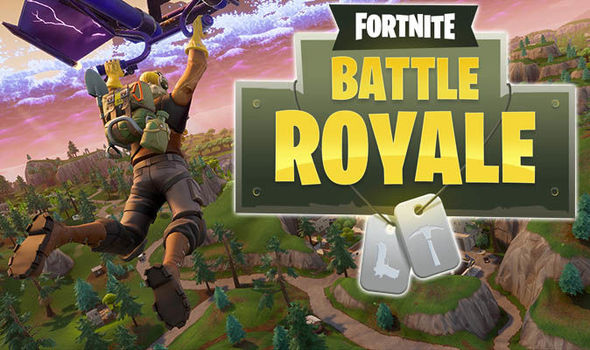 Season 3 of Fortnite's free-to-play Battle Royale mode is underway, and developer Epic has now kicked off the first limited-time mode of the season. Right now, players on PC, PS4, and Xbox One can participate in the Solid Gold event, which will only be around in the game for the next few days.

The Solid Gold mode is only available to play with Squads, with the theme of this particular event being Legendary weapons. For the duration of the mode, every weapon that players find in chests or around the map will be of the Legendary variety. Among those are the Rocket Launcher, Sniper Rifle, Minigun, and the recently introduced Hand Cannon.

Epic recently teased that it plans to hold roughly five limited-time modes in Fortnite: Battle Royale "in the next month or so." The developer didn't provide a timetable for when the modes will roll out, but one will be a modified version of the 50v50 event that ran back in December, while another, called Blitz Mode, will feature shorter matches than usual. Epic has also teased that jetpacks will be coming "soon" to Battle Royale.

Season 3 of Battle Royale began last week with the release of Fortnite's 3.0.0 patch. That update introduced a new Battle Pass, which can be purchased for 950 V-Bucks and features 30 more rewards tiers than previous Battle Passes. Among the new items that can be unlocked in Battle Royale are Back Bling cosmetics, which allow players to customize their avatars' backs. You can take a look at all of the Season 3 Battle Pass rewards in our gallery.

Epic hasn't announced an exact end date for the Solid Gold event, but most limited-time modes in Fortnite: Battle Royale typically run for one week, giving you only a few days to take part in it.
Source: GameSpot