New DRM Exceptions a Win for Gamers, but Not as Big as You May Hope 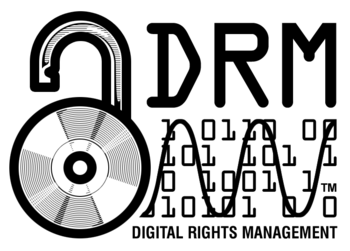 Earlier this week, the Librarian of Congress finalized the new exemptions on DRM-circumvention laws. The new revisions provide many improved exceptions on the law and definitely steps in the right direction. One of the biggest changes has to do with DRM on games, but the changes aren’t as good as some headlines may lead you to believe.

Part of the revision is a new exception that makes it legal for end users to circumvent a game’s DRM if the original DRM server is no longer working. While this may sounds really great, there is one huge caveat that some are overlooking. The exemption only applies if the game is unable to be played at all without the DRM. This means that even if a game loses its multiplayer servers, it does not fall under this exception if there are offline modes that can played. This seems like a rather lackluster law, considering there aren’t many games that are exclusively online. There have been some companies that have attempted online-only DRM to entire games, but this has been proven to not stop piracy and almost always results in a massive backlash from gamers.

Fortunately, video game DRM wasn’t the only part of the law that was revised and there some other big changes that were made. The biggest of them all would be the new exemptions that allows consumers to modify the software on their mobile devices. Apple has been told by a judge that jail breaking can fall under fair use, but the new revisions ensure that such modifications are protected under written law. The two other majors changes are related to DVDs and vehicle modifications. It is now legal to use DVDs remix videos, even if the blu-ray DRM is circumvented. Finally, repairing, modifying, and tinkering a vehicle is now protected under the new exemptions.

The way people consume content is constantly changing in the modern era. Unfortunately, current laws seem to not be updating at the same pace as technology. This allows for out-dated rules to be applied to technology that is used by consumers all over the world. The recent changes made by the Librarian of Congress is certainly a good sign. While there are definitely still a lot of areas that need to be improved upon, it appears that lawmakers are finally starting to make the changes we need.

Thanks to Sparfire for the topic submission
About author