Z-fighters all over the world are going to be excited for the new trailer Bandai Namco has released today. Dragon Ball Xenoverse, the first Dragon Ball game in the series to make it to current-gen consoles looks promising already. The brand new trailer gives us more details about the interesting new storyline and new characters both returning and newly introduced. Interestingly, many gamers were left to believe the storyline would stay the same as in previous Dragon Ball titles however, if that's the case, many fans are in for a big surprise.

The most fascinating feature that this brand new version of Dragon Ball has to offer is the storyline that has everyone talking. Following the manga, Goku and his friends always followed the same plot in every single game with a little special movie add-ons in between versions of the game. However, Z-Fighters will have to go away from that idea as this brand new alternation to the Dragon Ball universe changes history literally. Major plot arcs have been changed drastically, a prime example is Piccolo's “Special Beam Cannon” killing both Sayian brothers during the battle on Earth is revamped, allowing Raditz to dodge the mortal attack and live. What kind of new villains could have caused this new twist in events? 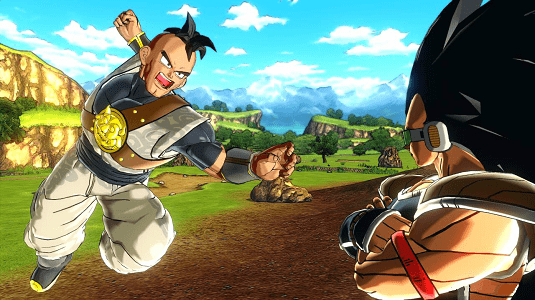 Players who played the classic MMORPG titled Dragon Ball Online (DBO) will notice similarities throughout the course of Xenoverse. Primary antagonists, Mira and Towa will be making a debut in the upcoming console versions of the game and are known as the responsible ones for changing history. The demon couple have successfully found a method for allowing time travel to occur thanks to the female scientist, Towa. Both characters betrayed their own race in order to cause paradoxes around time, notably one of their primary goals is to gather Goku's DNA to become a more ruthless villain than they already are. It'll be interesting to see how they turn the world upside down in this new installment. Along with these newly introduced villains, Bandai has developed two brand new characters to assist you through your quest on reclaiming the lost history. Both characters also relate to time travel and help the player throughout the course of the game. Tokitoki, a character that resembles an ancient bird, no other news has been given as to the role pertaining the character. The new addition to the Supreme Kais, the Supreme Kai of Time makes her debut in the Dragon Ball universe. Like Tokitoki, little information is known pertaining this character although it is presumed that she has connection to protagonist in DBO, the Lord of Time.

In order to fight back against the antagonists as well as their new obstacles in the game and change back history, you're going to need save the world with your own customized character. Summoned by Time Patrol Trunks through the legendary dragon, Shenron as a last attempt to save the world. Your character will have to time travel and return the storyline to it's original state. Bandai has commented that this will be “a dream come true” for Dragon Ball fans. Returning characters will once again emerge from previous Dragon Ball titles and be returning to Xenoverse. Among them includes the fusion version of young Trunks and Goten, Gotenks as seen in the trailer. Not only will the young duo be available to play, the father of Goku, Bardock is also confirmed to be added to the roster of playable characters. Many have wondered if there will be more characters that appear in films will be returning to Xenoverse. Beerus and Broly will have to possibly be one of the most favorable film characters in the series to make a return. Bandai has already confirmed that Xenoverse will have a large sum of characters from different versions of Dragon Ball, that is something that many fans including myself are looking forward to. 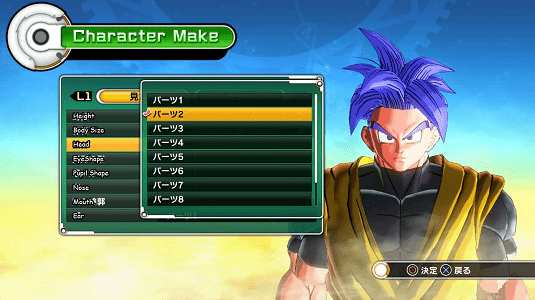 Brand new characters and storyline adjustments are great, but what about the beta? Bandai announced earlier this year that a beta would be available to console owners. New announcements from Bandai themselves have confirmed that a beta of the game will commence on October 4. However, if you're an Xbox user or PS4 owner, you won't be allowed to play since the beta is exclusive to PS3 owners. Beta participants will be allowed to test the game's online component in a futuristic version of a town called “Toki Toki City”. Beta testers can choose their own race from a Saiyan male, to a Saiyan female and finally Namekian and battle with other players online. PS3 owners who want to partake in the action will have to sign up here and wait for further instructions from Sony.

As seen in the trailer, English voice-overs haven't been implemented yet since the trailer is in Japanese with English subtitles. Regardless of what language it is, the trailer makes the game look promising and is definitely a must have game for hardcore Dragon Ball fans. An official release has not been announced, although it is planned to release early 2015. Check out the video below to witness the brand new additions Xenoverse has in store for us!