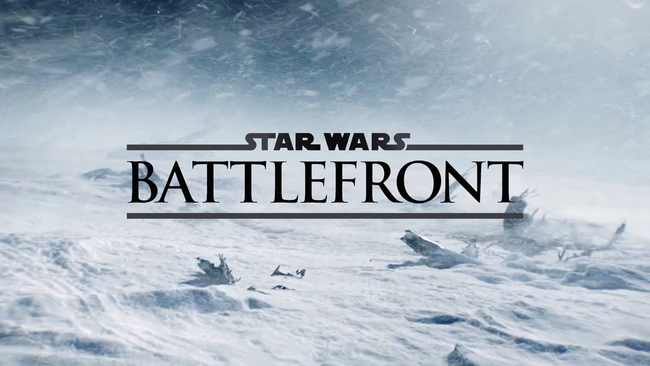 ​
After catching some serious flak about the console beta’s resolution, the developers of Star Wars: Battlefront have explained exactly why the HD quality of the game was so low. Opening to the public last week, the beta came under immediate fire by the gaming community simply because the PlayStation version was running at a resolution of 900p, while the Xbox One version was a mere 720p. Besides this, the beta was pretty great overall, and actually got extended until sometime tomorrow.

Although it may not be a massive difference between the two consoles, a current generation game running below 1080p is still going to create many questions amongst gamers. When replying to players on Twitter, Frostbite 3 engine’s technical director Johan Andersson has said that “frame rate and fidelity is indeed king, don’t want to sacrifice it for resolution. But it’s a choice each game team does.” Relatively speaking, what this means is that the developers have chosen for the console version to run at the targeted 60fps besides a few areas of the game where the frame rate tends to be smaller, and for it to be more well-balanced overall instead of having a higher quality resolution. Some gamers may disagree with this, wanting more clear and realistic graphics. But, when you weigh the decision of slightly better graphics over releasing a game that would require instant patches upon launch, frame rate will surely win every time. Furthermore, Andersson was asked about the possibility of using adaptive resolution (a variable technique that can maintain a steady and constant frame rate,) at least in specific areas where it was needed. Andersson replied by saying that they had considered using adaptive resolution but did not implement it because of its sheer complexity. Which would have proved to be a difficult process when put alongside the distinct temporal techniques already being used by DICE.

Along with this update on the game’s resolution and frame rate, the representatives for DICE have been answering a ton of questions on Twitter. The developers have also continued to discuss the pros and cons so that they could make further improvements to the game. A possible change could be the removal of teammates spawning on you while you’re in combat. Much like the five to ten second hold when spawning that DICE added into Battlefield 4. Other than that, the representatives just wanted to clarify that any brief instances of players seeing the Endor map loading screen did not mean it was going to be added to the beta’s rotation. However, they did say there are a few modes hidden off the beta menu because its content has not been revealed yet by DICE.

Star Wars: Battlefront is set to launch in North America on November 17th, and will hit stores in Europe on November 20th. The game will be coming to Xbox One, PlayStation 4, and PC.