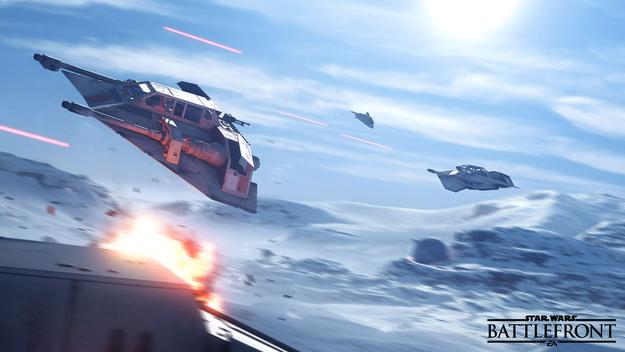 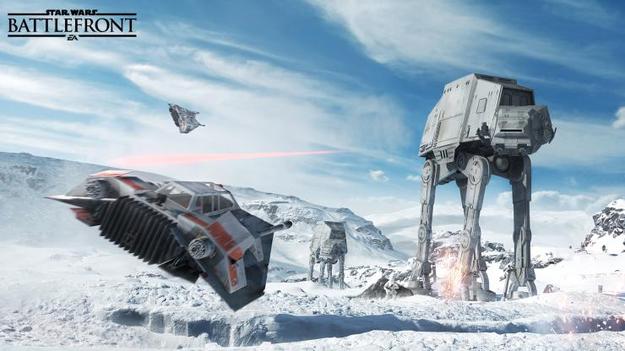 With the Star Wars: Battlefront beta finally over, it's only natural players will have questions about the final game. DICE have taken to their Star Wars: Battlefront Forum, to answer some of the burning questions about the game players may have. Starting off with in-game features, it's been revealed that the game will not have clan support, unlike previous DICE FPS games. It's possible it may be added in a future update, but as of right now it's not being considered.

In addition to the Hero Hunt mode and the Hero Battles missions, DICE have also confirmed a Heroes vs. Villains mode will be coming to the game. DICE have also taken the time to address the uneven odds in the Walker Assault mode. Many people who played the beta complained that the Imperial forces were difficult to defeat if you were on the side of the Rebels. DICE have addressed this issue, which seems to be blamed on problems within the beta itself. According to DICE, another reason the Rebel forces have slim chances of winning, is due to the fact that all of the weapons and Star Cards are unavailable in the beta. When the game releases they will have all of the issues with this mode fixed. If any of you who played the beta on consoles felt as if the sensitivity in the AT-ST's and the aerial vehicles was too high, DICE have revealed they are looking into adding a sensitivity slider. Allowing gamers to play Star Wars: Battlefront at any sensitivity they wish.

In the beta, players also felt as if the AT-ST's took too much damage from blaster fire. Suggestions to improve it's armor have been made. DICE has claimed changes will be made, but haven't specifically said what exactly will be done. For those of you wondering about offline play, you'll be able to play different Mission Modes such as Training, Survival, and Hero Battles. You'll be able to play these modes in co-op or split screen on PlayStation 4 and Xbox One, along with online co-op with one additional friend. These modes will also allow gameplay with AI. Unfortunately, none of the current multiplayer modes will allow offline play with AI opponents.

Soon to be revealed before release is a Weapons Hub, where all of the weaponry in-game will be shown and explained in detail. In addition to this, DICE will be creating a guide that goes in-depth with customization and more. So stay tuned to the Homepage for more information on Star Wars: Battlefront, and get ready to join the fight on PlayStation 4, Xbox One, and PC on November 17th 2015.