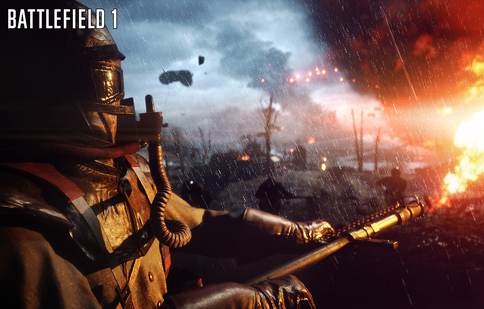 Just three days after Battlefield 1 officially rocked the FPS, and overall gaming community itself, some new information of what everyone can expect in the upcoming shooter has materialized. On the announcement day the developers were very cryptic, simply showing off the reveal trailer and answering a few questions, but only to a certain degree. Now however, while answering questions during a Twitter Q & A, Battlefield 1 Senior Producer Aleksander Grøndal has unveiled quite a bit of small details regarding in-game features and gameplay.

First off we now know that Battlefield 1 will in fact come with a server browser for the multiplayer mode. It is not known if this feature will be exclusive to PC or not, however. Additionally, Aleksander stated that the campaign will "feel very much like Battlefield," insinuating that the story mode missions will have much larger open areas to conquer. Possibly such as what was seen in Battlefield: Bad Company. Moreover, all weapon attachments will be authentic for the WWI era, as well as the fact that tanks can only be controlled by one person, but will fit multiple people who can man the guns. Along with that, vehicles will feel more unique and realistic, and as was seen in the reveal trailer, there will be planes which will have a rear gunner seat so you can have one of your buddies shooting people out of the sky while you pull off a bunch of risky maneuvers.

Moving on, for those who are fans of classic Battlefield multiplayer game modes, you can expect to see a variety of classic modes mixed in with some new ones. In conclusion, the final detail revealed during the Q & A was the fact that there will be some form of naval vessels available in the game. But what exact vessels they are remains a mystery.

Battlefield 1 will be launching October 21st onto Xbox One, PlayStation 4, and PC. Are you looking forward to dominating and destroying everything in your path as you blaze your way through WWI? Share your thoughts in the comments below!