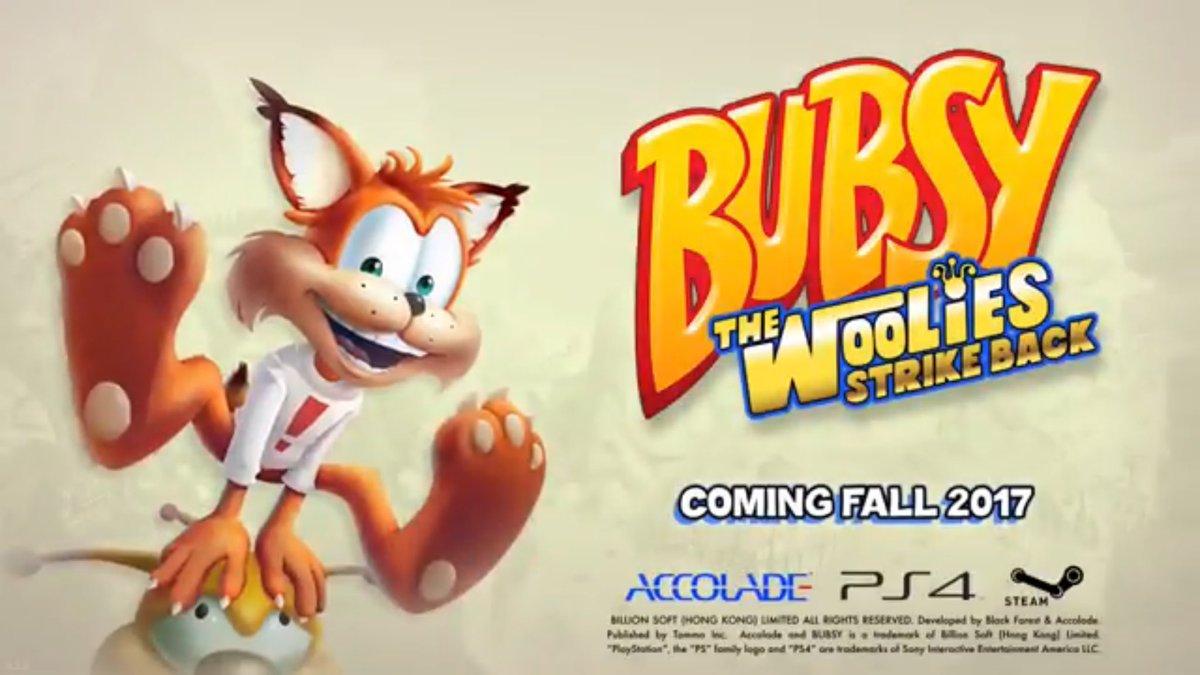 ​
Yep, he's back. Bubsy has a new game on that way, marking the character's return this fall in another platformer for PlayStation 4 and PC. It's been 21 years since the last original Bubsy game, Bubsy 3D, and 24 years since Bubsy first made his debut on Super Nintendo with Bubsy in: Claws Encounters of the Furred Kind.


Bubsy: The Woolies Strike Back also appears to mark the return of Bubsy's original publisher, Accolade Game, which is promising to make a come back with a host of new games. "Get ready for the return of iconic games and franchises like Busby, Hardball, Slave Zero, Deadlock, Eradicator, Redline and more!" the publisher said.

On its (new) website, Accolade says Bubsy: The Woolies Strike Back will feature "a bevy of exotic locations as [Bubsy] travels the planet looking for the beloved Golden Fleece." The gameplay is similar to the series' previous games, with Bubsy running, dodging, and jumping over the Woolies.

Accolade also promises Bubsy will have more than 100 new one liners, so whether his lines annoy or delight you (or both), there will be plenty of variety. This time, Black Forest Games is developing the title. The studio previously rebooted the Giana Sisters series with Giana Sisters: Twisted Dreams.

Bubsy: The Woolies Strike Back is out sometime this fall.