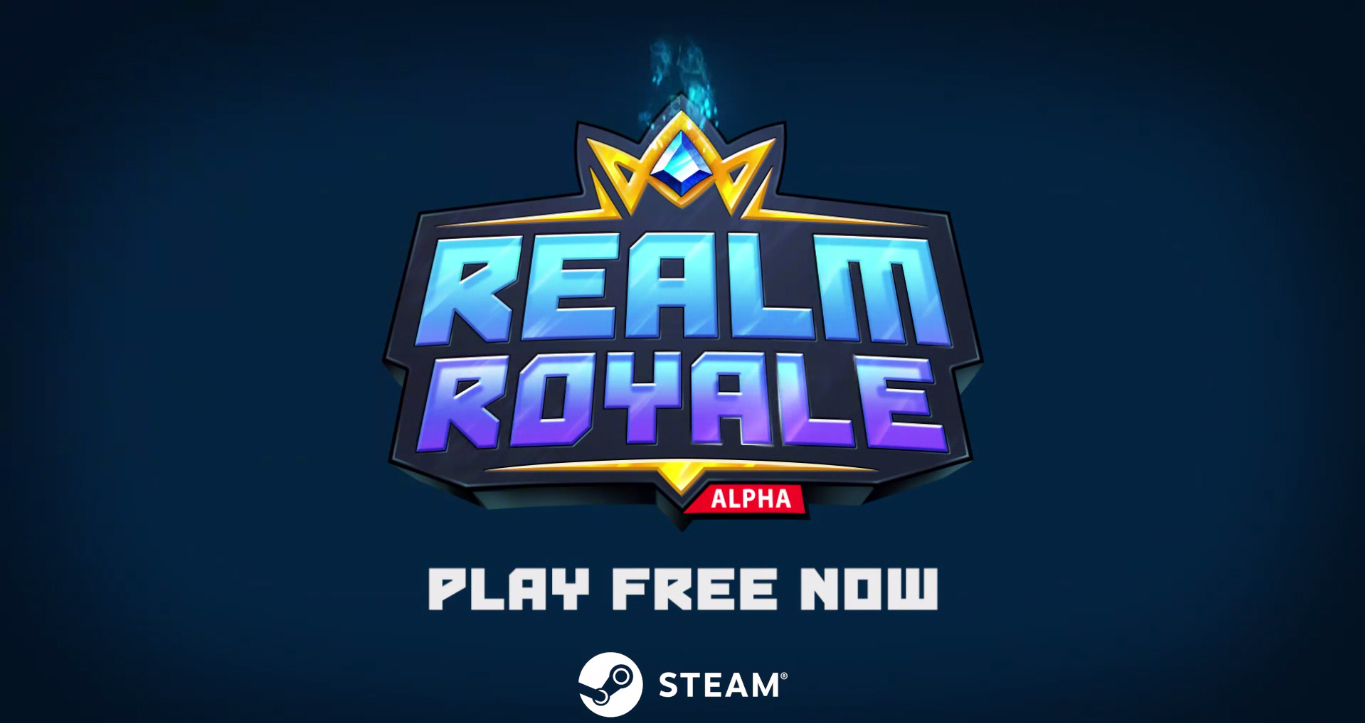 Smite and Paladins developer Hi-Rez has released battle royale spinoff called Realm Royale. The free game, which is in Early Access, is available now on Steam.

As you will immediately notice, Realm Royale is inspired by Paladins, the studio's hero shooter that itself bears a resemblance to Blizzard's Overwatch. What separates Realm Royale from Fortnite and other battle royale games is that you always play in a four-player squad, and you can choose from five different classes that have their own unique perks and abilities. For example, the Mage class can cast spells and do damage from far away, while the Warrior is a frontlines fighter. The Engineer class can create defensive barriers to shield their squad from attacks.

Another feature that Realm Royale has that other battle royale games don't is what's called "Disenchant." When you see weapons on the ground, you can disenchant them to turn them into shards. You can then take those shards to a forge on the map to craft legendary-level armor, weapons, and abilities. However, when you're crafting something, a plume of smoke emerges from the forge which everyone on the map can see. Additionally, you can ride a horse in Realm Royale; your move, Fortnite.

Realm Royale is free, and while microtransactions may be added later, none are in the game now. As mentioned, this is an Early Access game, so it is unfinished and could be buggy at times. Hi-Rez said it has big plans to expand and evolve Realm Royale over time, and as such, it will stay in early access until it is finished. There are currently five classes, 17 weapons, and 25 abilities in Realm Royale, which supports 100 players (divided into teams of four). All of the core gameplay is in the game currently, though Hi-Rez warned that it is not in a fully polished state right now. Things like player levels and cosmetics you can unlock will be added later.